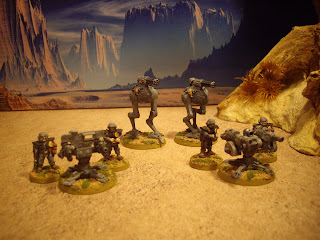 Heavy weapons platforms of the 9th Nepenthe Imperial Guard regiment move into their support-by-fire positions during an advance on a suspected genestealer cult stronghold on Geminion Secundus. 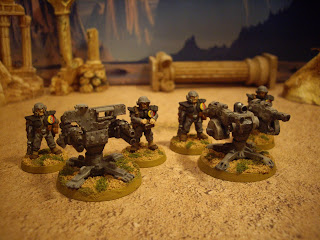 Tarantulas carrying heavy weapons configurations such as those shown here were crucial assets in breaking up sudden assaults by the powerful purestrain genestealer broods who were invariably at the heart of such covens. 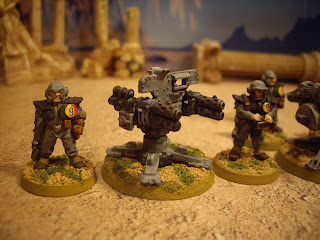 Even the awesome armored carapaces of the mightiest genestealers could be swiftly reduced to smoking fragments and steaming goo by these powerful twin-mounted multi-meltas and lascannons... 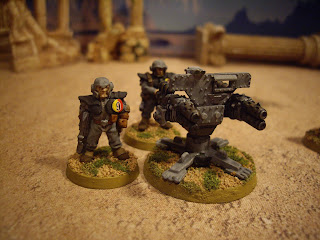 ...providing the crews could keep their nerve in the face of the charge. 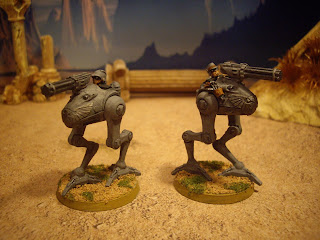 As useful for reconnaissance missions as for fire support, a pair of sentinels lope into the fight. 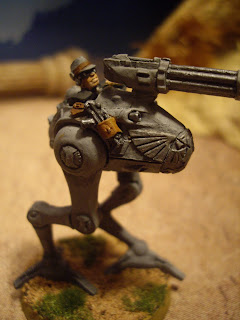 The lethal multi-lasers of the sentinels could break up even the most determined genestealer brood's attack. 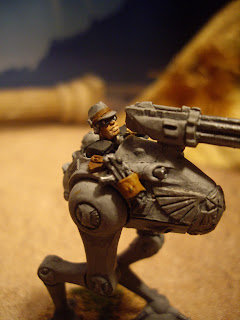 This cocksure seeming crewman seems confident that he is stomping toward an easy victory.  He and his comrade may be maneuvering  wide around the stronghold in order to cut off the cult's retreat. 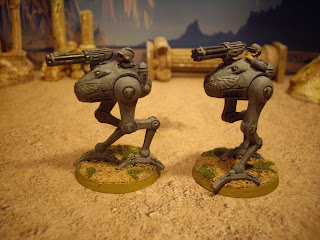 (Assuming that they do choose to retreat.)
Posted by Mouse at 9:41 PM 3 comments: