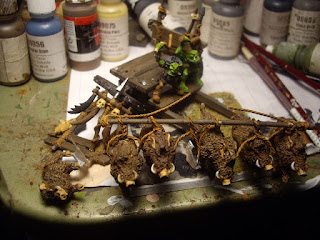 UUUGHHHHHH.....We've all had our hobby disaster moments.  Up until now, the worst I've had, that I can remember, anyway, was the time I accidentally sprayed an entire rank of freshly finished Goblins with white primer instead of clear sealant.
This is worse.  I've spent the last two weeks working on Big Blackie's Ultimate Black Chariot of Blackness.  I'd used an entire spool of artist's wire and twisted and crimped it to make reins and tackle, and to secure the little gubbins I'd added on...skull stakes and shields and like that.  There was nothing left to do but finish the eyes on the Orcs and flock and edge the base.  Then an Hour or two to finish shading and detailing Big Blackie himself and...finally...it would be finished.

I'd flocked one side of the base and was trying to turn it to do the other side when...somehow...I dropped it.

Normally it wouldn't be a huge deal, but so much of the wire is bent and twisted and the paint is all flaking off.  I was really proud of how it looked, too.  I've tried to bend some of it back into shape, but so far it has seemed more inclined to fray and break than to re-align.

And yes, I get that breaking your stupid Orc chariot is a first world sort of problem but....God damn it, anyway!!

Well, that screws up the rest of my night.  I'm going to admit to defeat, have a drink and then retreat, snarling, to my bed.  I'll fight again another day.
Posted by Mouse at 12:21 AM 7 comments: 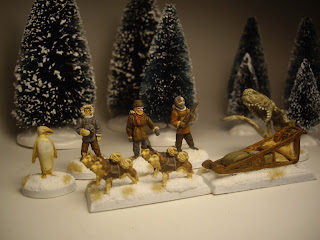 An intrepid team of investigators heads for hair-raising adventures in cruel climes.  I've been feeling a little Warhammered-out and haven't made a hell of a lot of progress lately on the three projects I have left to complete my Orc n' Goblin and Chaos armies.  This wonderful old set by RAFM was just the thing to get me painting again. 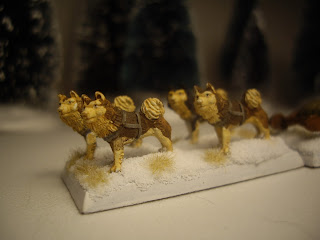 It's a great kit, clearly based on the classic Lovecraft story At the Mountains of Madness.  Such a great kit, in fact, that I'm starting to put together a wintry terrain set-up for pulpy adventures in the far north.  Or south.  Fans of Mountains will recognize the man-sized blind albino cave penguin which appears in the tale's final horrifying moments. 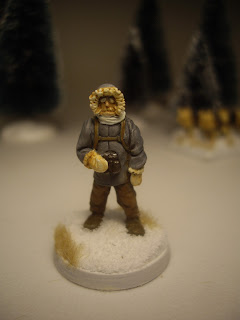 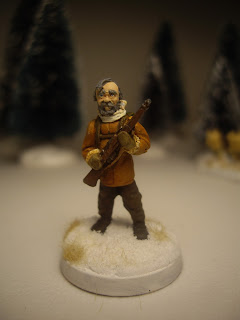 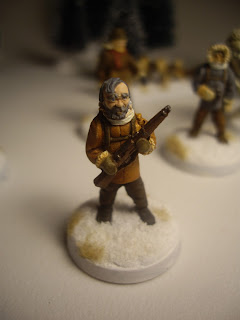 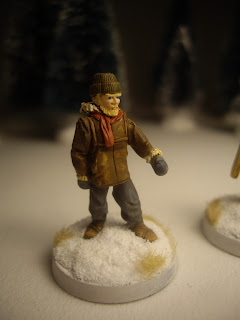 Invesitgator #3...examining some small token of an unimaginable lost civilization... 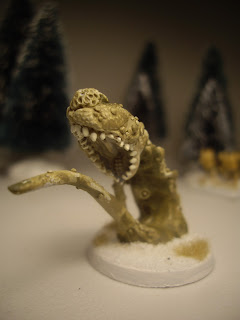 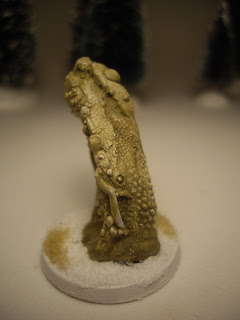 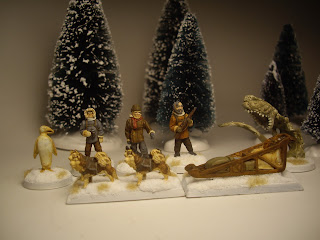