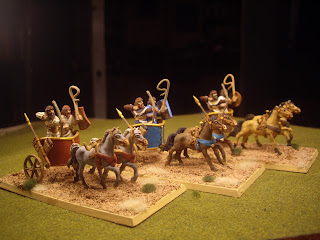 Over the last few months I've found myself having less and less success at the painting table.  Hobby time seems hard to come by, and when I have some, I'm usually too tired to do much but stare at my rows of little people and monsters.  I've hardly even checked my blog list for a good long while, and shame on me.  Short winter days and long hours at work are probably partly to blame for this fatigue. Then there's my son, who is rapidly approaching his second birthday, and whose tiny form now contains more energy, curiosity and ferocity than that ordinarily possessed by a troop of baboons.  Probably a contributing factor.  I think the baboons would be easier to manage, truth be told.  Well.  Perfect time to take on a new mega project, eh?  Let's get stuck in!  I'm going to try to finish one unit a month for the rest of the year, and then see where I'm at. 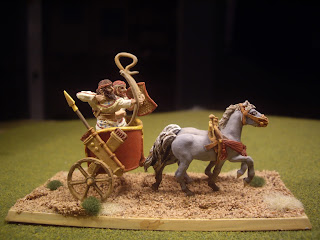 First up are these Ral Partha Syrian chariots.  I had four of these pretty little kits but one had parts of the chariot cab missing so I'm not sure what to do with it other than to break up the kit for spares. 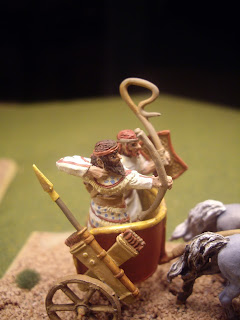 These Syrian gents are petty nobles whose city-states have been conquered by the Hittites and who now lead contingents of levies in support of their overlords. 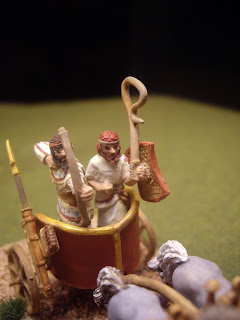 I considered painting the chariot cabs in a zulu shield type cowhide pattern.  That probably would have been more historically accurate, but in the end I went with solid colors. 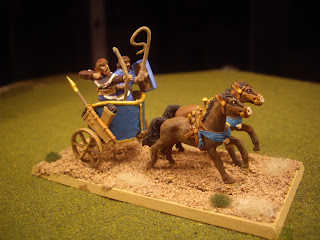 These guys are just the tip of the Syrian levy iceberg.  I have a ton of archers and spear men waiting in line, as well as an Arab/Hyksos contingent. 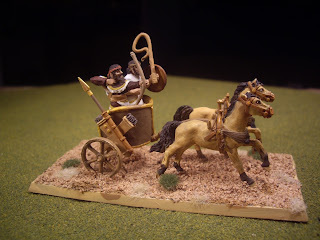 Even though they didn't come out quite as nice as I'd like, I still had fun working on these and in trying to get a feel for the period.  And they don't look bad for the first attempt.... 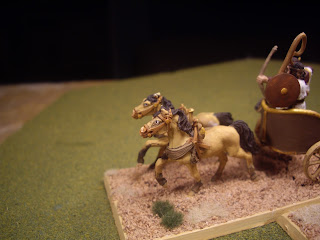 Chariots are impressive models anyway, and in big hordes they look downright sexy.  I look forward to seeing big units swarming around on my tabletop. 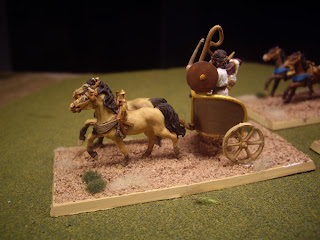 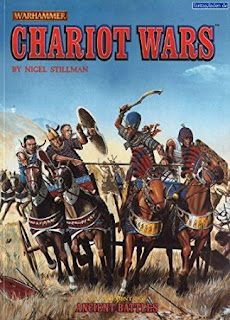 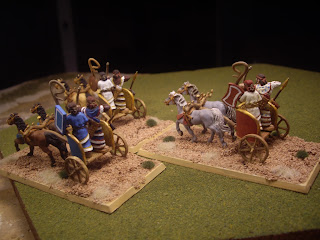 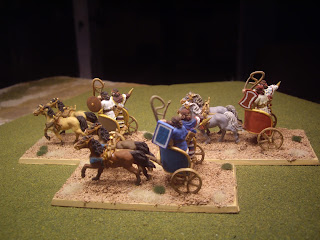 The first of many swarms of chariots!
Posted by Mouse at 12:18 AM 6 comments: