The Rat Ogres of Flea Fell 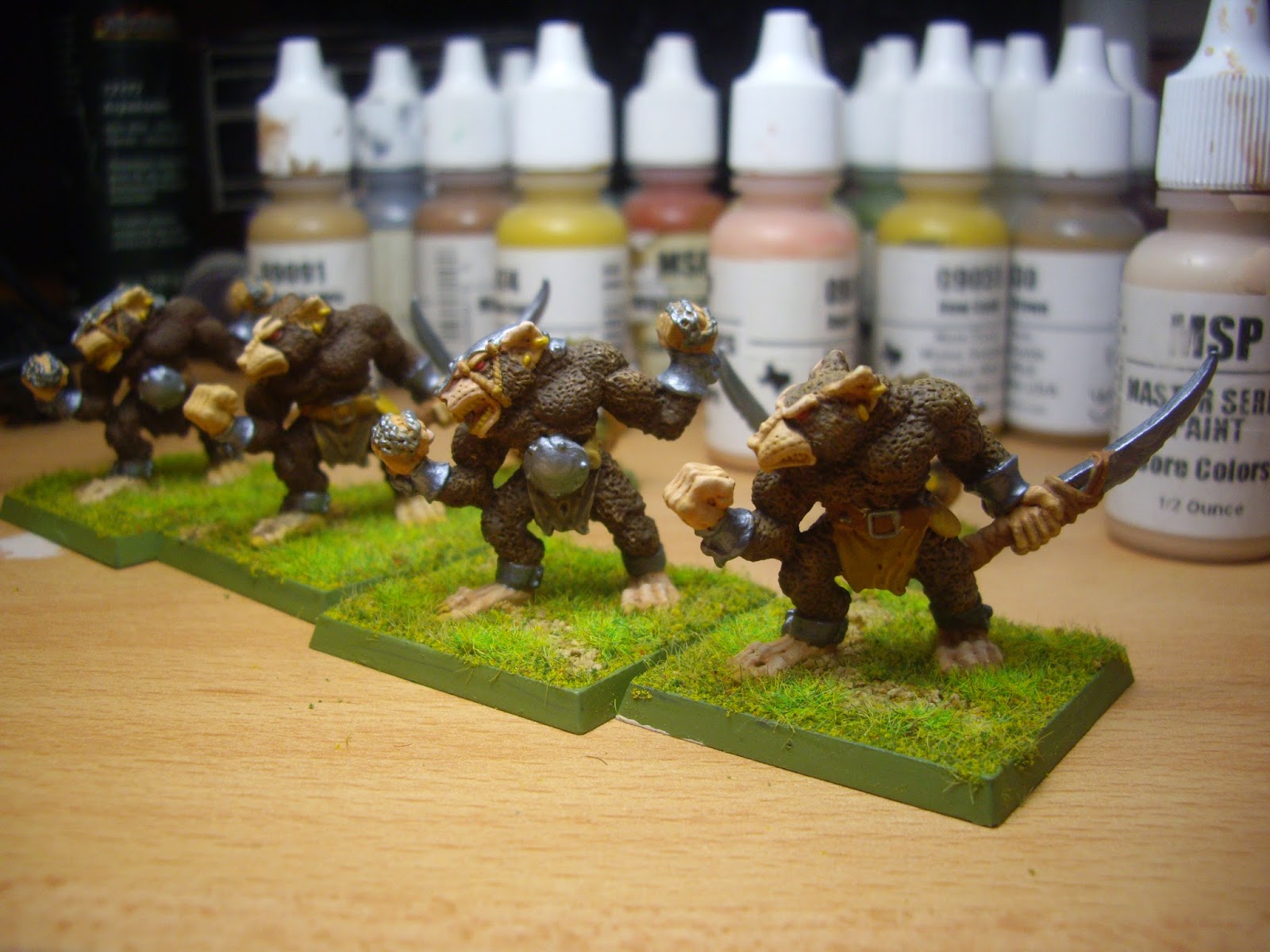 In the furthest southern corner of the Black River country, within the wide bend that the river makes as it sweeps east round the southernmost spur of Thunder Mountain, lies the dreaded Tulgey wood, which no man nor dwarf has entered and lived.  Across the wide river from the dripping eves and turgid bowels of that unclean forest, the ground slopes upward again until it forms a high lonely hill, crowned with a tumble of great, pale rocks covered in red lichen.  To the men and Dwarves of the black River country, this high point is known as the Flea Fell, the solitary outlier of the Thunder Mountain range to be found east of the Black river. 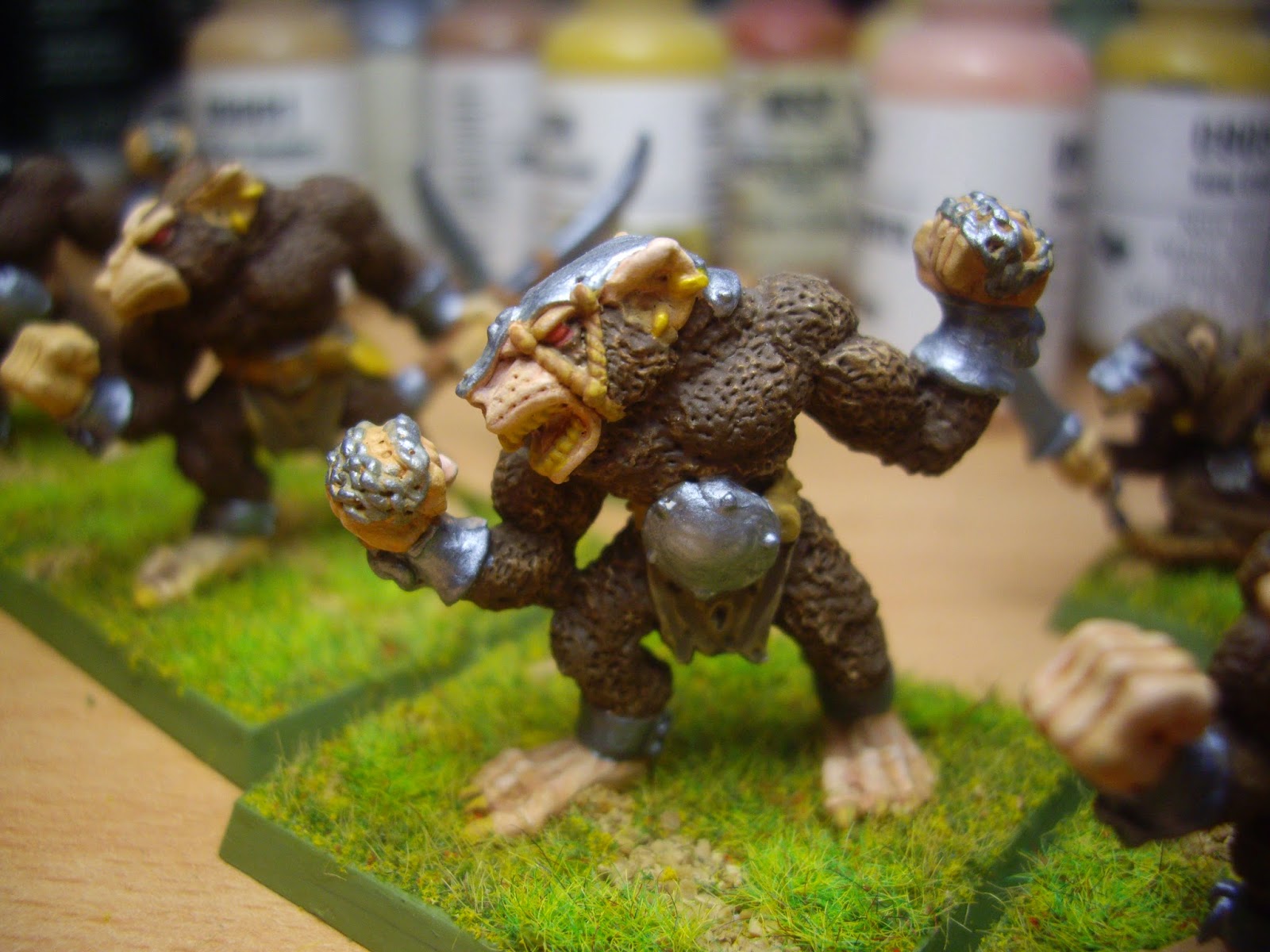 From black holes that stare out of the sides of this great, pink pimple on the earth's face drift foul fumes and odious smokes, and weird noises drift down from the heights by day and night.  When the wind is right, farmers and fisherfolk on the riverbanks of the Sudmark can hear the rasp and thump of weird machinery, crazed cacklings and shrill screams of terror or unholy delight.  On some nights, strange lights can be seen dancing on  the hilltop, and the black eye-holes on the face of the hill are lit with a lurid glow. 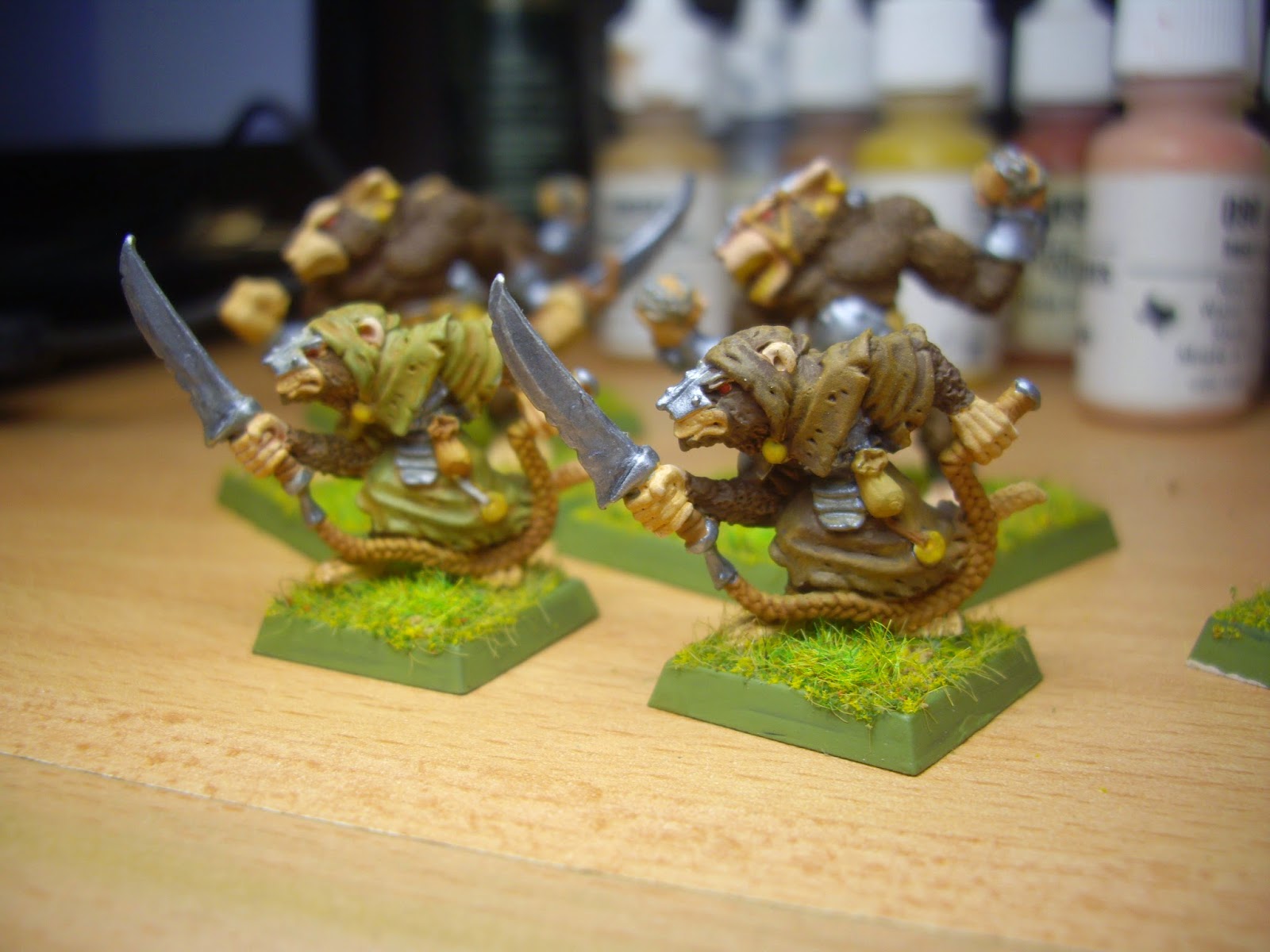 In the belly of the hill, in crowded hallways carved from it's pale stone and deep burrows whose floors seethe with the movements of fleas and lice live the Vermintide of Flea Fell, the lone outpost of the Skaven Under-Empire to be found in this remote region.  It has been two centuries or more since a renegade tribe of Skaven, burrowing from out of the east came upon this hill, and discovered a seam of warp-stone that ran deep beneath its roots.  Eagerly they delved for it, and established themselves, growing more numerous and powerful as the years passed and their hoard of the black stone of chaos grew larger.  Yet they have never managed to set themselves up as a truly great power in the Black River country.  In the last two centuries, the Dwarves of Thunder Mount, led by Lord Uther Untergaard, the famed Engineer and Lord of the Lower Hall, have stormed and sacked the stronghold of the Skaven several times.  Each time, however, enough Skaven have survived, scattered here and there, to eventually return to Fleafell, to rebuild and re-fortify it, and to plot their revenge once more. 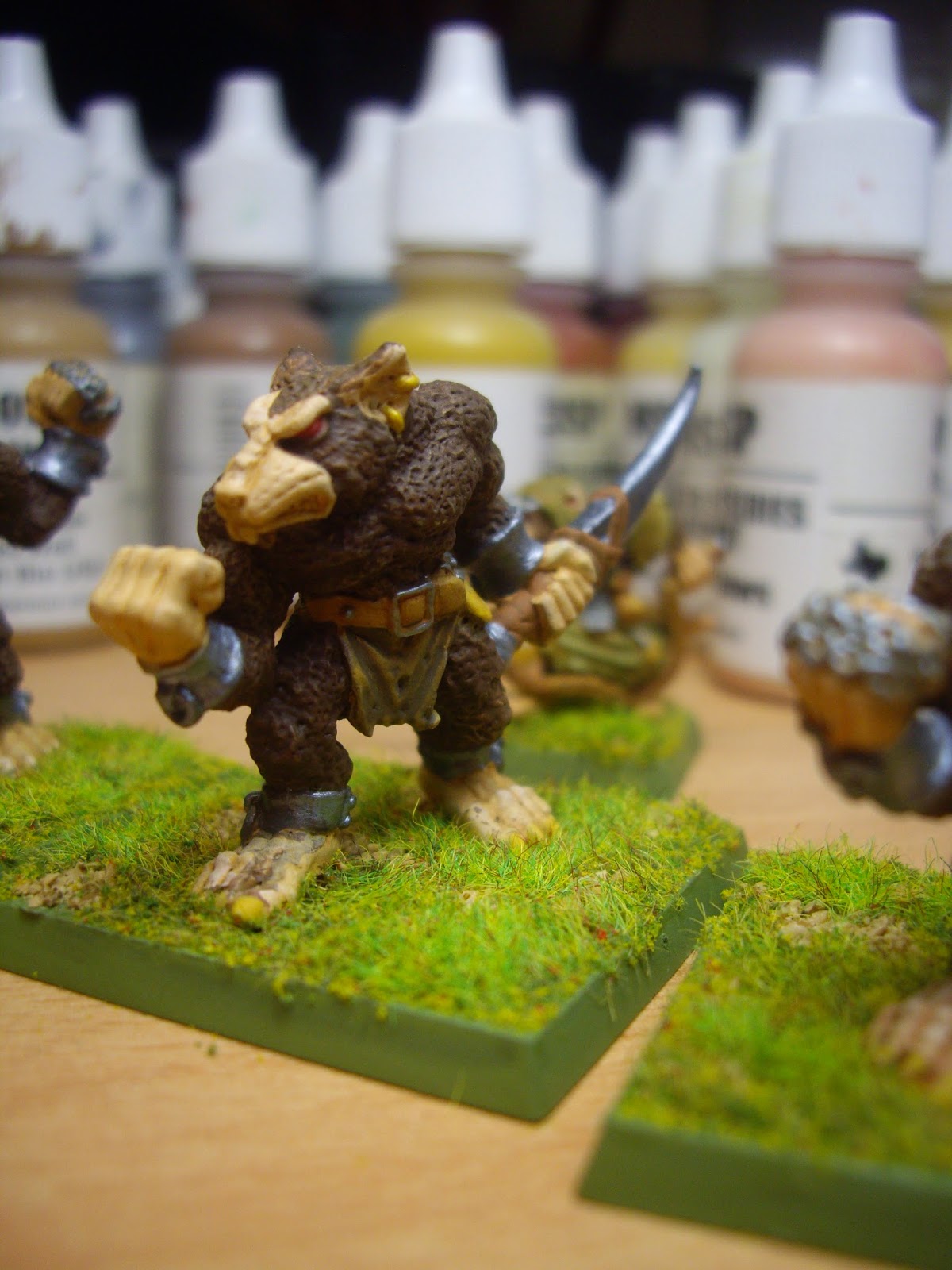 Their latest Warlord, the dread Ratched Ticknibble, has recently come to power in the Skaven city.  Armed with his fearsome magic halberd Fleafang, he is seeking to make alliances with other of the dark denizens of the Black River country, even as he raids upon and skirmishes with them.  If he can finally make The Flea Fell impregnable to attack from above and below, and ally his people to the Chaos Horde of Buzzgobb Phesterlick or to Big Blackie's Orc and Goblin Horde, he believes he may finally be able to achieve his great ambition:  To make the mighty fortress Thunder Mount the abode of his Vermintide, and to rule over all the Black River Country as Verminlord supreme. 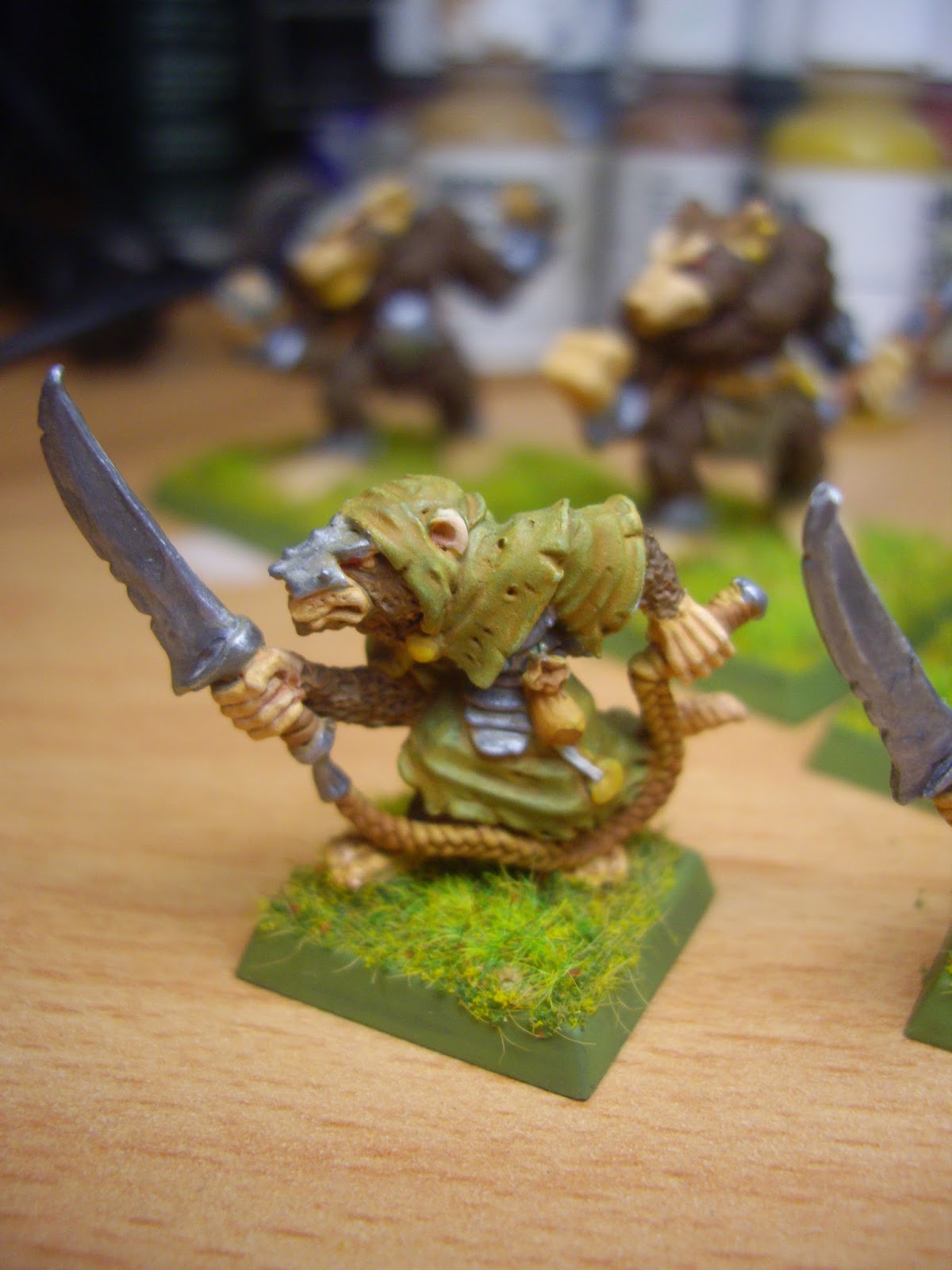 I told myself I wasn't going to let this happen.  I swore to myself that the little cluster of Skaven models I couldn't deny myself would just be an ally contingent to spice up my other three evil armies from time to time.  But there were problems with  that.  A lot of the most enjoyable models, the ones I really wanted, like the Clan Moulder Beastmasters and the Jezzail teams aren't available in the allied army list.  You can't even take Skaven Slaves.  Finally, I cracked.  The Skaven have arrived in my Warhammer Fantasy campaign setting.  All hail the Vermintide. 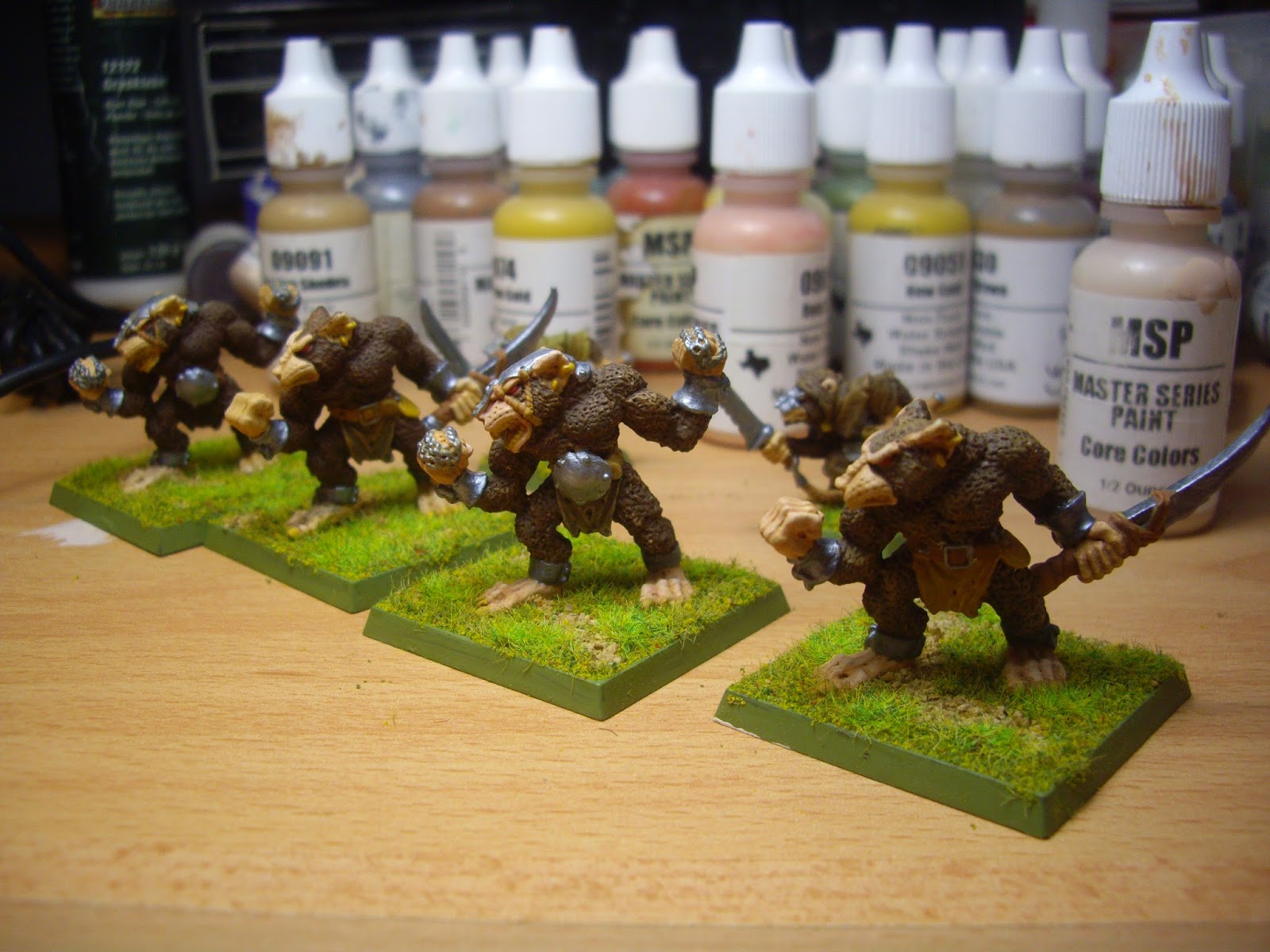