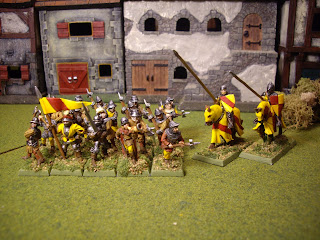 Two more knights of the Baron Von Refn's army, mustering their troops for battle.  These are part of a push I'm making to try to get my Warhammer Bretonnian/Empire army battle worthy before the end of the year.  Most of the figures are Old Glory Medievals.  The musician is an old Grenadier LOTR Boromir mini. 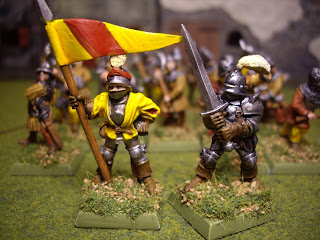 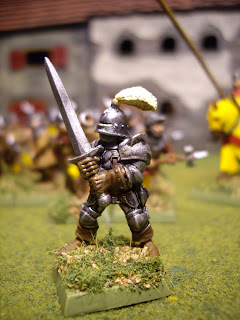 This is one of 2 great weapon units I'd like the finished army to include. 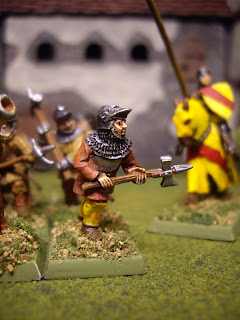 One of the Old Glory figures here... 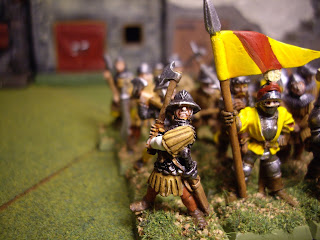 There are also quite a few Wargames Foundry figures in the unit. 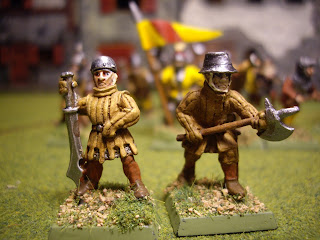 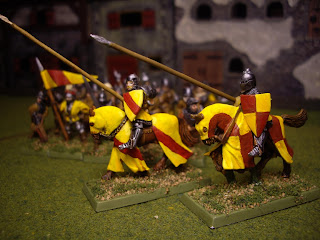 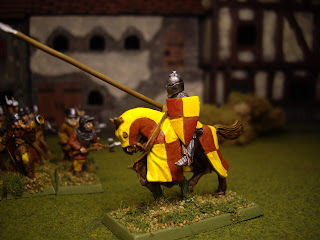 I'm terrible at painting the designs on the shields and caparisons but I felt I had to try to get away from using decals all the time.  From a distance they I hope they don't look too bad. 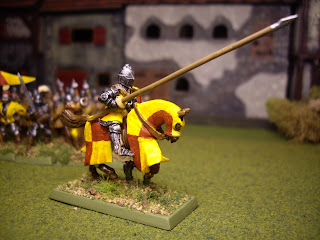 Since the infantry are meant to represent the retainers and henchmen of these particular knights, I painted their clothes to reflect the colors of the knights' heraldry.  My plan for the near future is to have one troop of nice with caparisons and one without, perhaps to represent lower ranking knights. 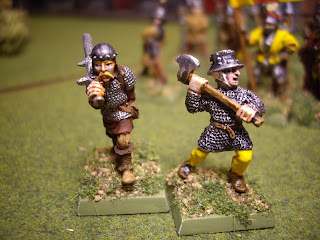 Using the same colors on both the knights made it easy to create a unifying color scheme for the infantry regiment.  A Wargames Foundry axeman and... 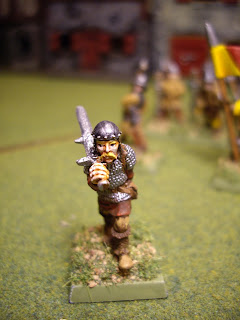 ...A nice old Josef Ochmann figure and maybe my favorite of the whole bunch. 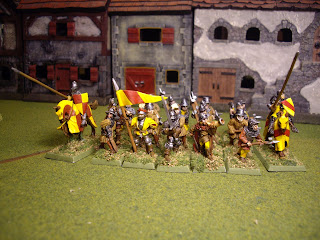 Ready for fightin'!  I now have 2 1/2 infantry regiments, 30 crossbowmen, 6 knights and a whole ton of peasant auxiliaries.  In the end that does't add up to much on the table top.  Long way to go, yet.
Posted by Mouse at 10:20 PM 9 comments: 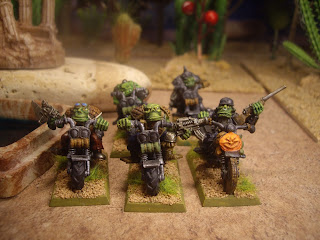 I told myself that I was finished with Der Afrikorkorps and wasn't going to do any more troops for it but.... 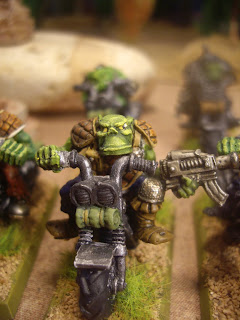 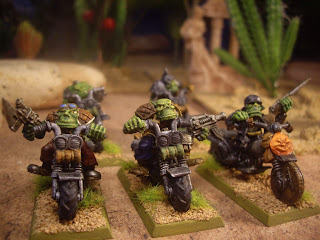 I had so much fun doing the first batch of biker boys that it turned out to be hard to stay away, especially after I realized that I had not included Sleazy Rider in the group!  That simply had to change.  So Der Afrikorkorps has grown by 5 more biker boys.  Here they are. 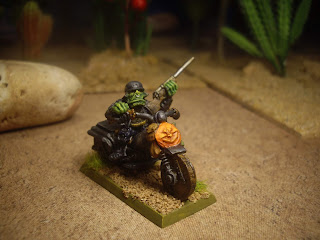 I had forgotten all about the existence of Sleazy Rider, but while lying in bed one night thumbing through an ancient copy of White Dwarf (from 1988 or thereabouts), I noticed him occupying the bottom of an advertisement for some special limited edition releases. 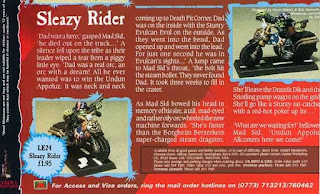 Grrr!!!  How could I have put together a whole squad of RT biker boy conversions without recalling this fellow?  He was a perfect fit for Der Afrikorkorps!  It took a while but I tracked a casting down.  The muzzle of the gun on the casting I bought was broken so I converted his weapon into a double barreled shotgun by adding two lengths of wire.  I actually like it better than the original weapon. 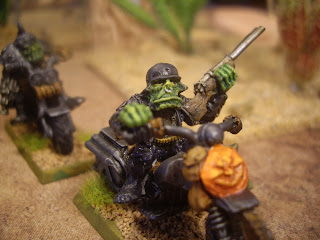 With the bike squadron swelling to 10 models, I wanted to add a special weapon, so I added a plasma gun.  The model wasn't not easily convertible, so he's just sort of awkwardly perched on the seat, no hands on handle bars, but his biker jacket with the ripped sleeves and biker boots are certainly appropriate. 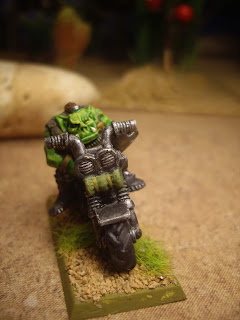 For the most part I'm pretty happy with how these guys turned out, though. 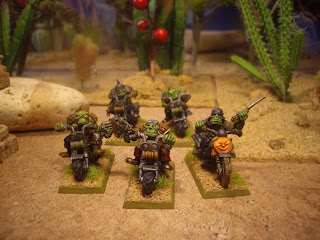 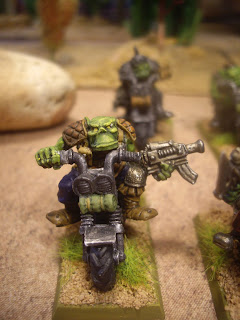 This guy wasn't supposed to be the boss, originally, but I really like him so he probably is the boss now. 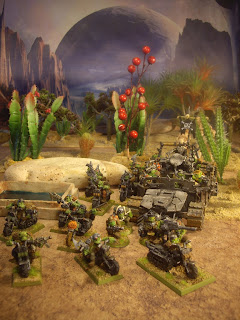