1st Company of the Muster of the Great Hall 'King's Axes' 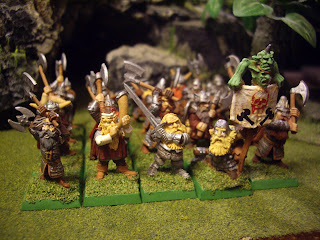 "...In that grim moment, the King's Axes arrived, with some other Dwarf warriors, and great was the joy and relief of our exhausted people, hemmed in on nearly every side as they were by the green-skinned horde, at the site of the Mountain folks' dark faces and bright axes coming swiftly up the western road!  It is perhaps well that I should take a moment here to speak somewhat of these famous warriors... 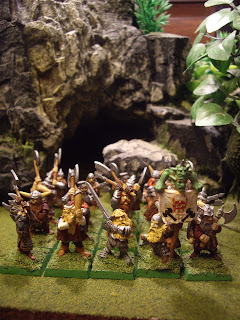 I have often heard this regiment referred to as the "King's Guard"  by our own people, but this is not strictly correct.  The Dwarf King's Bodyguards are in fact called his"Door Wards", and our people here in the River Lands have seldom seen them, for they remain always with the King, and would not travel in our Country unless the King himself was marching to war.  The "King's Axes" are a company of the finest warriors in the Thunder Mountain community, the only standing army the Dwarves maintain.  All Dwarf males (and some females) make time to forge weapons and to train in the arts of war, but the "King's Axes" are the only company paid with the King's own coin to train continually as warriors and to stand by to march at any hour, in the furtherance of any bloody goal the King should have in mind.  Rare indeed is the expeditionary force sent from Thunder Mount which does not have this gallant company as it's core. 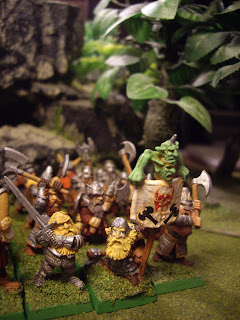 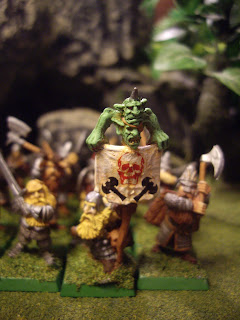 ...The Grim standard of this famous company, fashioned in part from the carcasses of slaughtered Goblin champions, is happily a common and a welcome sight in our country, its familiarity an earnest of the bond between the people of the Thunder Mountain and the Black River. 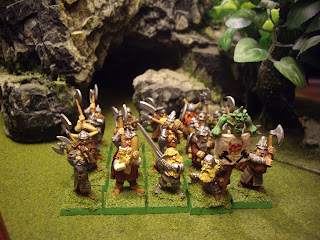 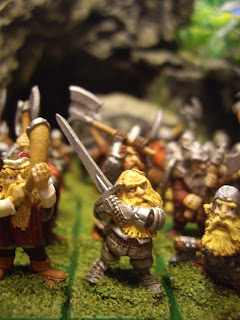 ...The Company is always led by one of the King's mightiest champions, clad in the finest mithril armour, and wielding the dreaded Frost Blade, Icicle... 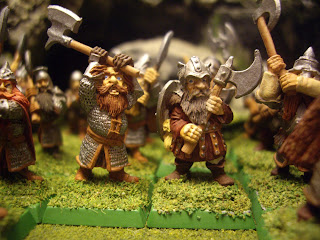 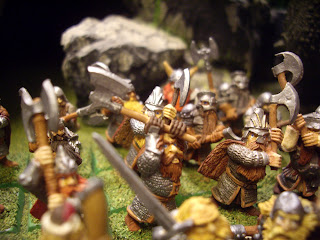 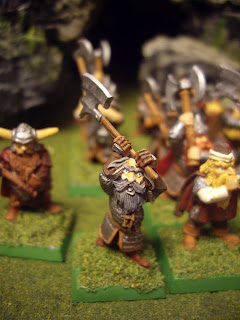 "THE DWARVES ARE UPON YOU!" 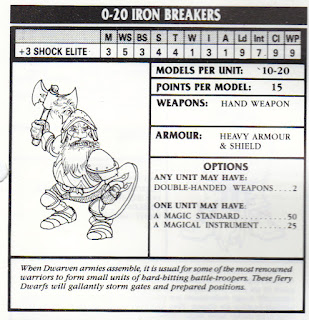