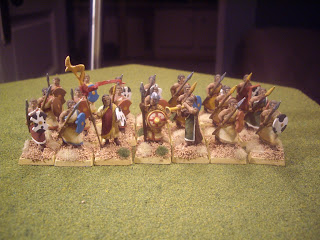 Annnnnddddd...here's the newest regiment for my Hittite army.  Not a very successful effort, unfortunately.  From a distance they look okay, up close not so much.  As my eyes get older and weaker, faces get tougher to paint. 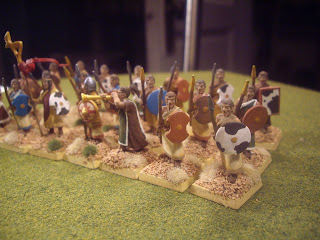 The Ral Partha Hittite line did not include any actual Hittite infantry figures other than the Royal Guards.  The troopers in this unit are the "Anatolian ally" figures from the series and I assume they are meant to represent warriors from the ethnic Hittite colonies that dwelt far out in the Caucasus mountains.  These settlements were far enough away from the heartland of the Hittite empire to maintain a degree of independence, but from time to time they did send contingents to fight in the armies of their western cousins. 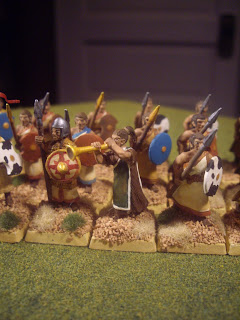 I've painted them as early Hittites.  Sort of.  I've played pretty fast and loose with it. 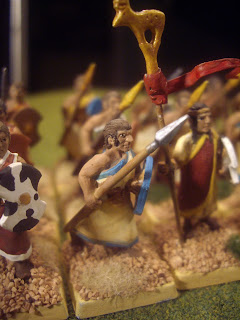 My sources for this era claim that the Hittites were the first people in the Mediterranean basin to discover iron, and iron weapons must surely have played a crucial role in the Hittites' successes.  They were also very successful in keeping this technological breakthrough a secret for a very long time.  It was only when the Hittite empire was finally over-run by the Sea Peoples that the secret got out and spread.  I've painted some of these warriors with iron spear heads, while others, perhaps less wealthy, still use bronze. 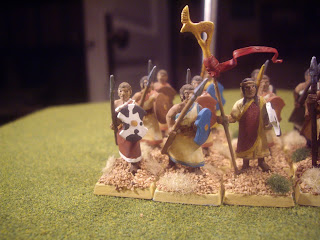 So.  Although this regiment is a bit underwhelming visually, alas, it at least represents meaningful progress on my Hittite starter army.  I still need to get a general, a heavy chariot squadron and some skirmishers finished.  Then I can wrap it up for now and move on to my Egyptians. 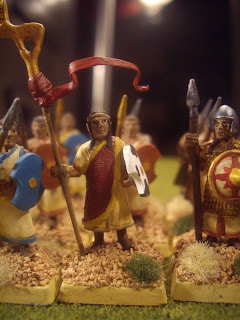 And now...back to work on more Rogue Trader 40k stuff.  I've made a lot of crazy promises to myself about what RT stuff I'd get done before fall. 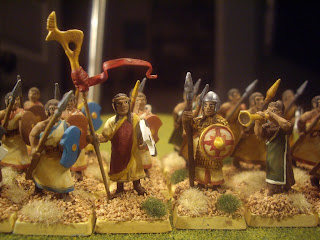 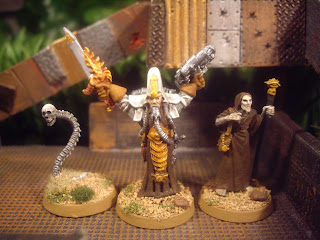 The mighty Inquisitor Malleo Smyte arrives on Geminion Secundus as part of the Inquisitorial Team dispatched to the Wailing Reach immediately prior to the outbreak of the third 'Stealer war. 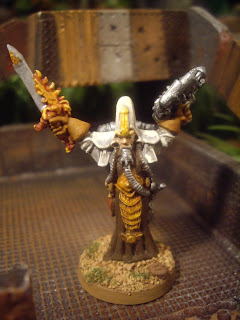 Smyte had made his reputation as a young Inquisitor during the darkest days of the Second 'Stealer war, ruthlessly seeking out and purging 'stealer nests in the Geminions and also on Nepenthe.  He frequently worked in tandem with Inquisitor Julius Byrne, the two making an especially formidable team. 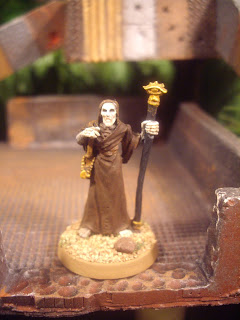 Unlike his comrades Inquisitors Heng and Byrne, who favored the employment of  what amounted to small armies of retainers, Smyte was a brooding and solitary creature. 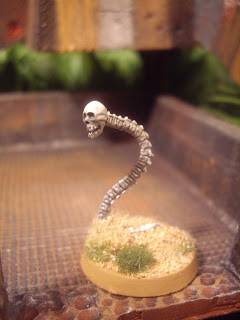 He was normally accompanied only by a weird biomechanoid servitor and the strange being known as Lazarus Alte. 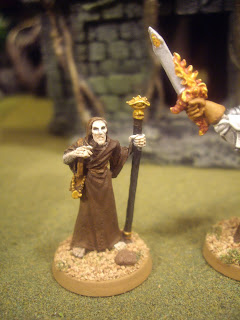 Alte's frail as wizened appearance belied his true value, for he was a master astropath and sanctioned psyker who wielded powers of appalling potency. 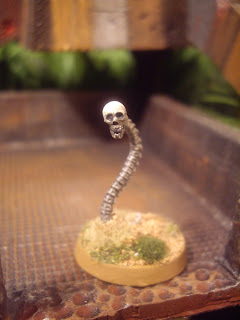 Well, its been fun working on these Inquisitors.  I suppose though, that this means its time I got off my butt and started painting up some genestealers for them to fight. So many projects, so little time. 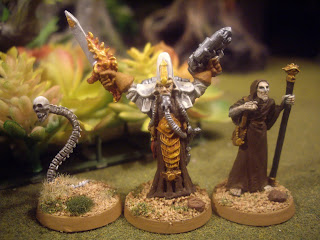