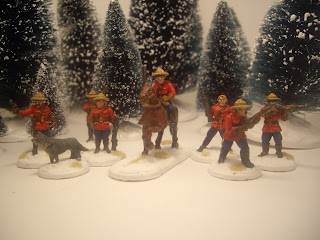 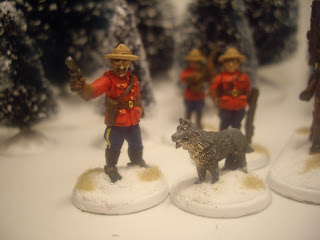 Shall follow on, though heavens fall,
or Hell's top-turrets freeze,
Half round the world if need be,
on bleeding hands and knees. 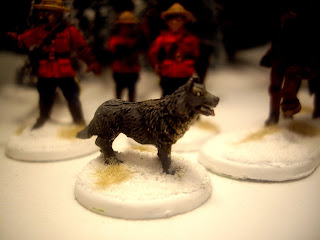 It's duty, duty, duty first and last,
the Crimson Manual saith,
The Scarlet Riders make reply;
"Its duty-to the death."
And so they sweep the solitudes,
free men from all the earth; 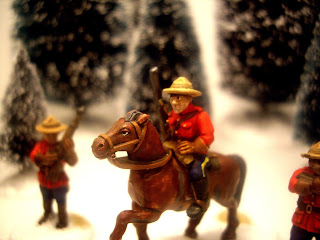 And so they sentinel the woods,
the wilds what know their worth;
And so they scour the startled plains
and mock at hurt and pain,
And read their Crimson Manual,
and find their duty plain. 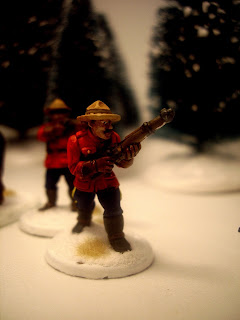 Knights of the lists of unrenown,
born of the frontier's need,
Disdainful of the spoken word,
exultant in the deed;
Unconscious heroes of the waste,
proud players of the game, 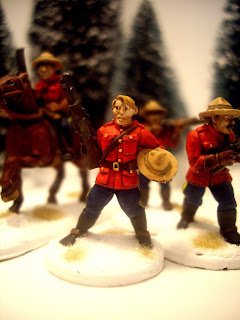 Props of the power behind the throne,
upholders of the name;
For thus the Great White Chief hath said:
"In all my lands be peace,"
And to maintain his word he gave
his West the Scarlet Police."
- Robert Service 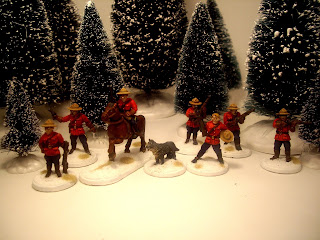 I've been wanting to do some Pulpy adventures in the Great White North for a long time with large, hairy sasquatches, large, hairy fur trappers and large, tentacly Cthuhuish nightmares behind every other Pine Tree.  My Miskatonic expedition to the (ant)Arctic was the first project, this is the second.  Still struggling with the lighting in the Clubhouse as you can see from the blurry, crummy photos. I don't know what the solution to that problem is going to be.
Posted by Mouse at 12:07 PM 5 comments: