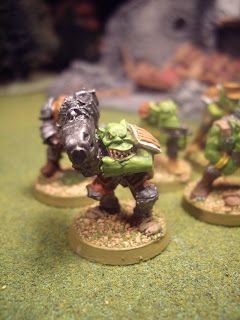 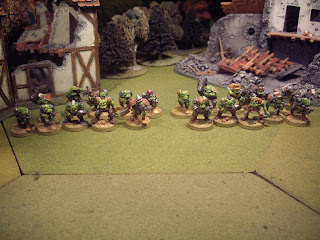 Two squads armed with plasma gun and heavy plasma gun.  The theory is that one plasma weapon fires while the other holds fire so it can shoot in the next round while the first weapon cools off.  The reality, of course, is that the Orks blaze away cheerfully with both weapons as fast as ever they can.  Fire discipline be damned. 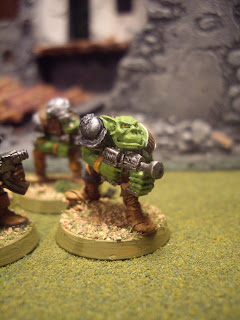 I vastly prefer the ancient Orks cast as single pieces.  I don't hate the Orks that came later, with the clan backgrounds and the plastic arms and such, but I don't love 'em either.  Something, some splash of color or character got lost in the transition from the original Orks to the later plastic armed, clanny Orks. 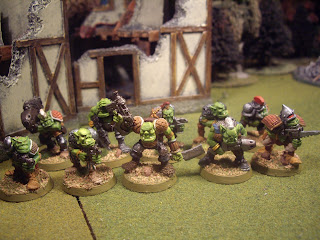 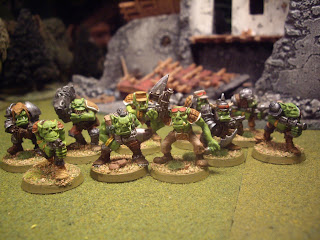 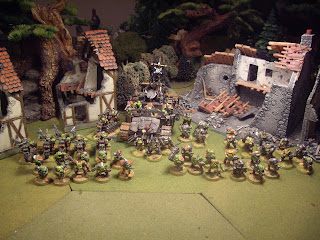 I'm actually making pretty good progress on my Rogue trader Orks!  Usually my chronic scatterbrainedness keeps me from being able to stick to a project for any amount of time, but I'm doing good with my greenskins, here!  The horde so far:  Three 10 Ork plasma gun squads, (whom I refer to fondly as my Blasta Boys, one squad of 10 'Flame boys' armed with flamer and heavy flamer and mounted in a battle wagon as per Afrikorkorps regs, wartrakk, five warbikes and command team.  More to come soon, methinks... 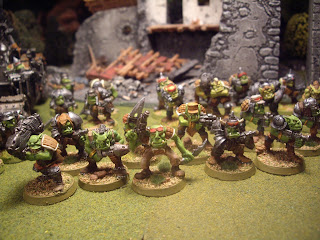 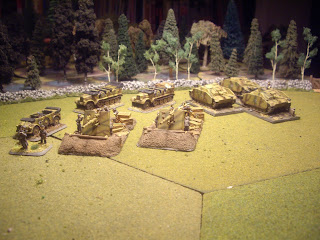 At last!  Some big guns for my tiny Huns! 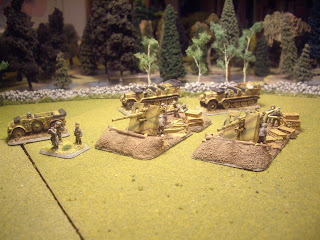 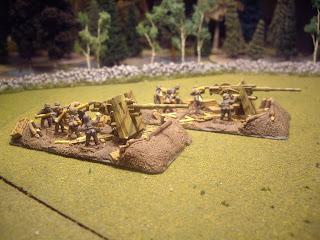 I had no idea of what the hell I was doing with these...just winged it with the camo scheme... 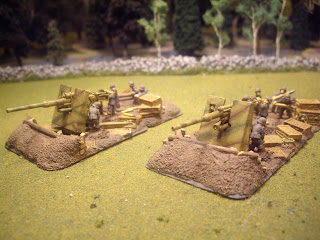 Nice models, though , and fun to work on.  An extremely effective counter to enemy air support in the game, and also good for picking off tanks, of course! 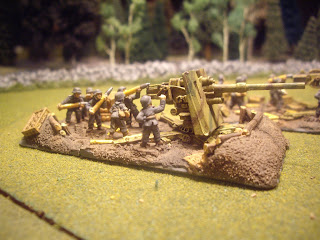 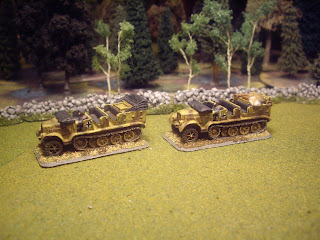 ...and prime movers for the guns, even a staff car for the command team.  Also included were a set of trailers for the trucks.  I didn't paint those, since you don't really need them for the game, I'd lost some of the pieces and anyway my patience with modeling non-essentials has its limits...sometimes. 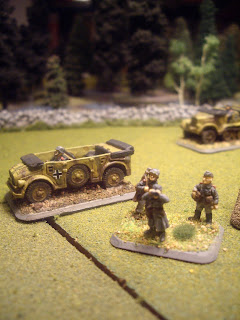 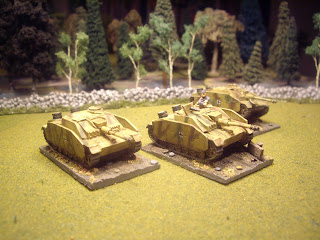 Stug Platoon!  Over the last two or three years the Stug III  has become one of my all time favorite AFVs.  Not as glamorous as say, the Tiger or the Pershing, but a tremendously versatile and survivable fighting machine... 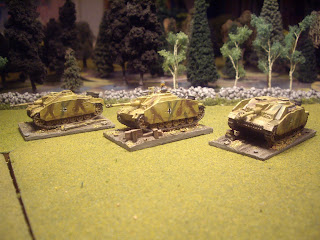 ...one of a very few German AFV's produced from the very beginning of the war to the very end.  The Germans built more Stug IIIs than any other tank-type vehicle. 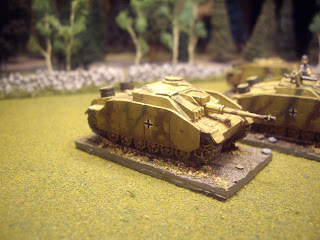 One of my Flames of War pet peeves is that Battlefront does not provide stands for most of their vehicle minis like they do for most of their infantry and artillery models.  In 28mm this might not be a big deal, but with 15s it means that your infantry tower over their tank support in a galling sort of way.  In real life, tanks are big and scary, and I feel that they should get the same bases everybody else so they can look appropriately intimidating, so I add bases to all my tanks. 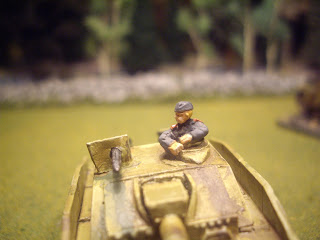 The added height won't do my Stugs and Shermans any favors when people are shooting at them on the tabletop but what do I care?  I don't play in tournaments or anything like that anyway. 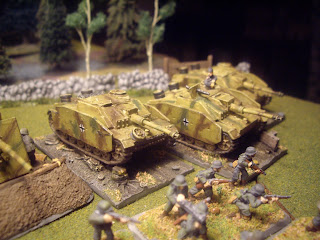 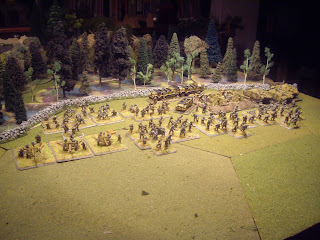