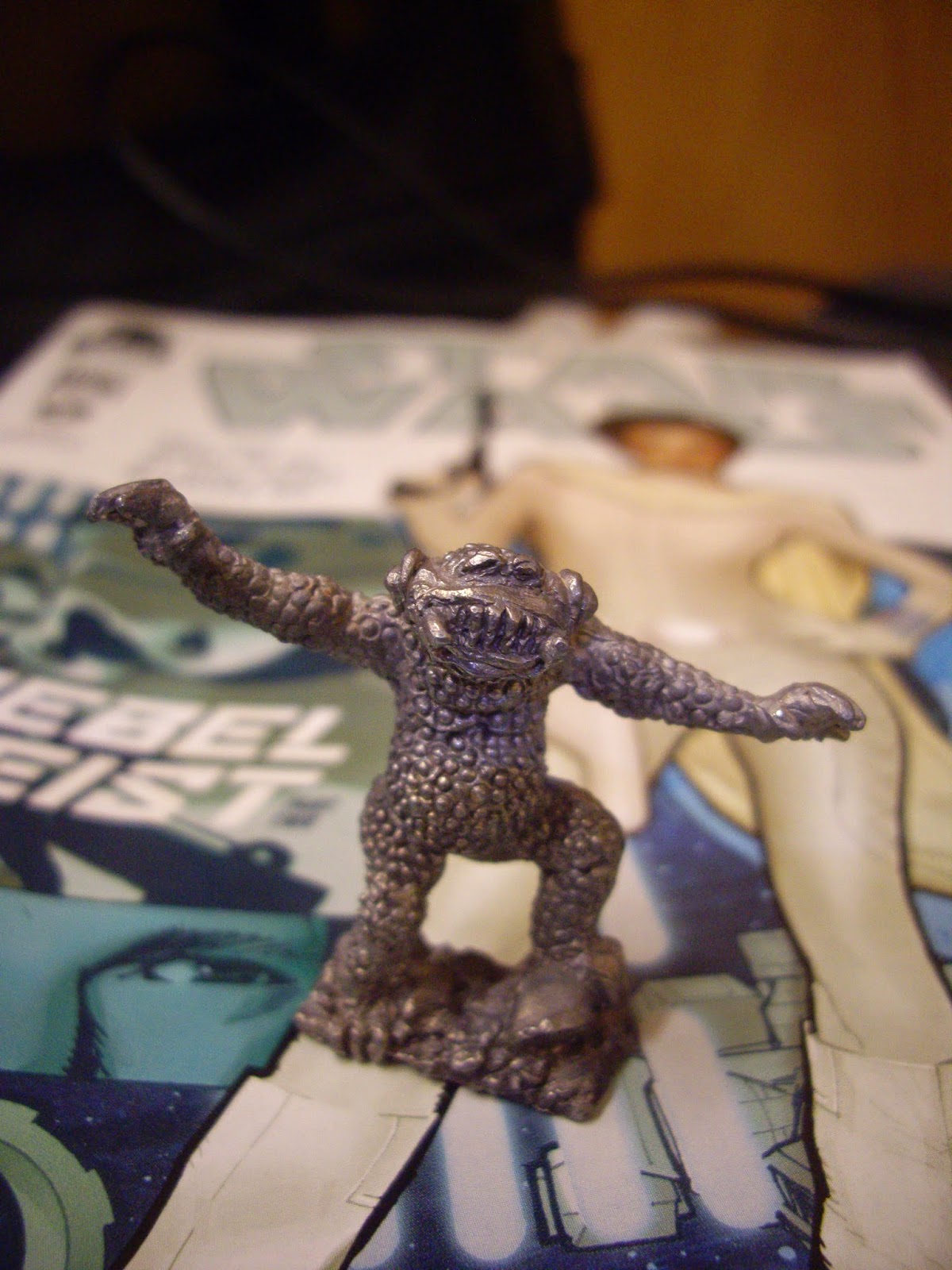 A few months ago I posted an article about Old Time Sword and Sorcery Toys, and how many of these plastic toy figures available in the early 80s were lifted by toy manufacturers straight from classic lead mini lines.  One plastic denizen of the "Dragons and Monsters" series I wrote about in that piece was the orange fellow shown in the middle, here, between plastic re-casts of a heritage Djinn and a modified Citadel Ogre. 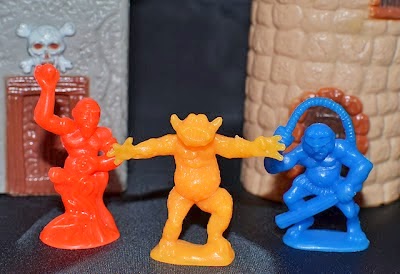 The version of him which I had was blue, and he haunted many an imaginary swamp around the fringes of my bedroom carpet for several years, occasionally snatching and dragging a plastic knight or wizard to a watery doom.  I don't know what became of him.  Down through the years, I saw something that looked very similar to him for sale in lead on Ebay, I would swear that I once saw him for sale as "Grenadier Marsh Demon."  I've been on the lookout for him ever since.

Well, the other day my friend Miss Monkii sent me this. 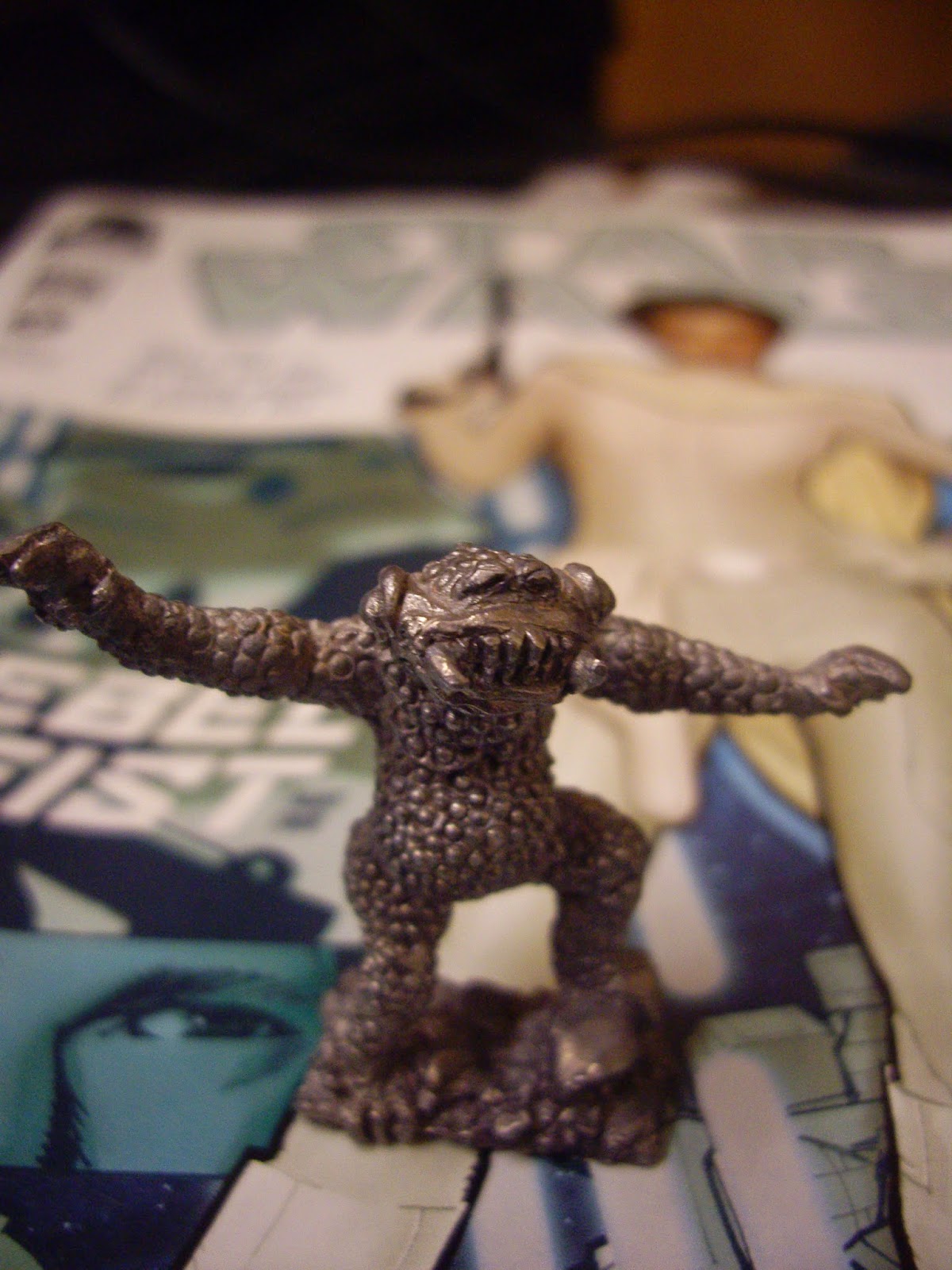 Miss Monkii and her husband own what I have no doubt is the most extensive collection of classic lead minis in the state of  Nevada.  When I return from back of beyond I intend to post some pictures of portions of this collection here at TFTBB.  It's really amazing.  Anyway, here is the original incarnation of the 'Marsh Demon', the Heritage  Umber Hulk.  He is undoubtedly the same mini, precisely the same size, and with nearly all the same details as the plastic toy figure of my tender years.  The pose of the arms is slightly different, and the manufacturers replaced the eyes on the side of the original figure's  head with horns or pointy ears, a small change which ends up giving him a considerably different appearance. 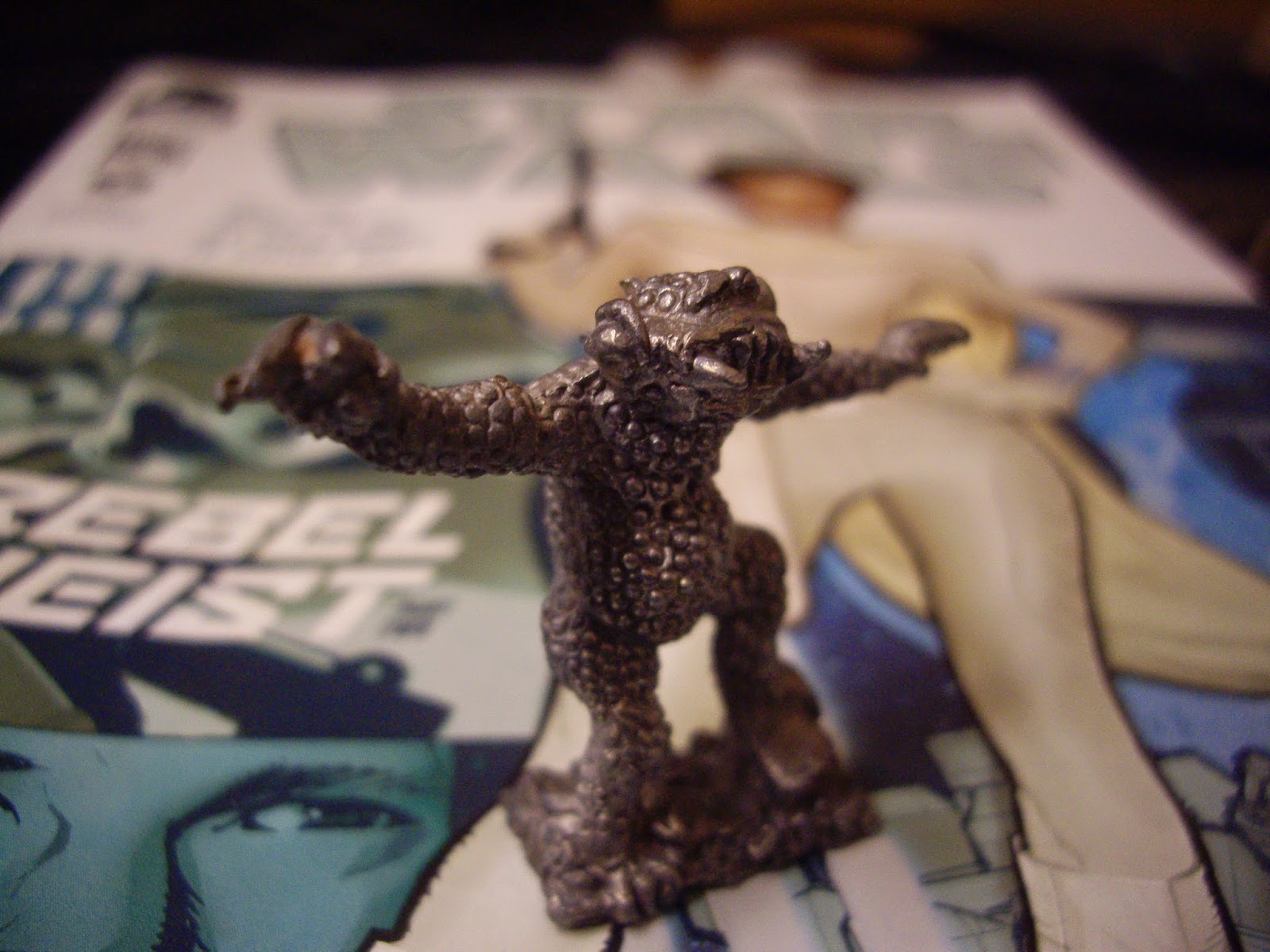 So mystery solved.  It's been fun trying to track down the original figures these plastic knock offs were derived from.  Still a few weeks of train up left before we  get to where we're going, so it's going to be pretty quiet here for a while, yet.  I do miss painting!
Posted by Mouse at 3:58 PM 3 comments: