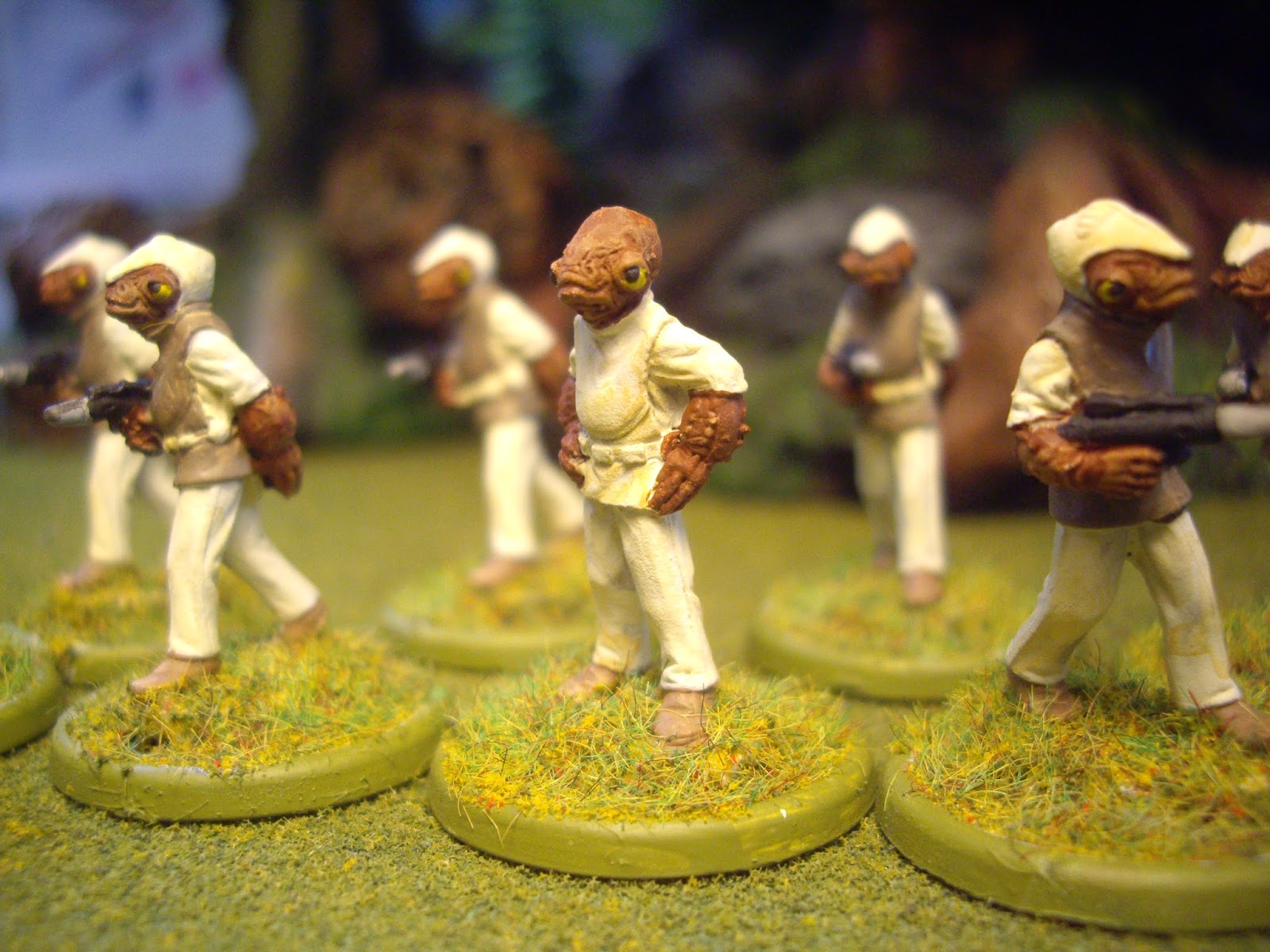 The Mon Calamari Marines, led by brave heroes such as the redoubtable Captain Calabarr, have distinguished themselves in numerous boarding actions and planet-side battles since their formation shortly after the destruction of the First Death Star.  Their unique skills in amphibious scouting and raiding operations are particularly valued, and the Mon Calamari Marine Brigade is considered fertile recruiting ground by the Rebel Special Forces Command... 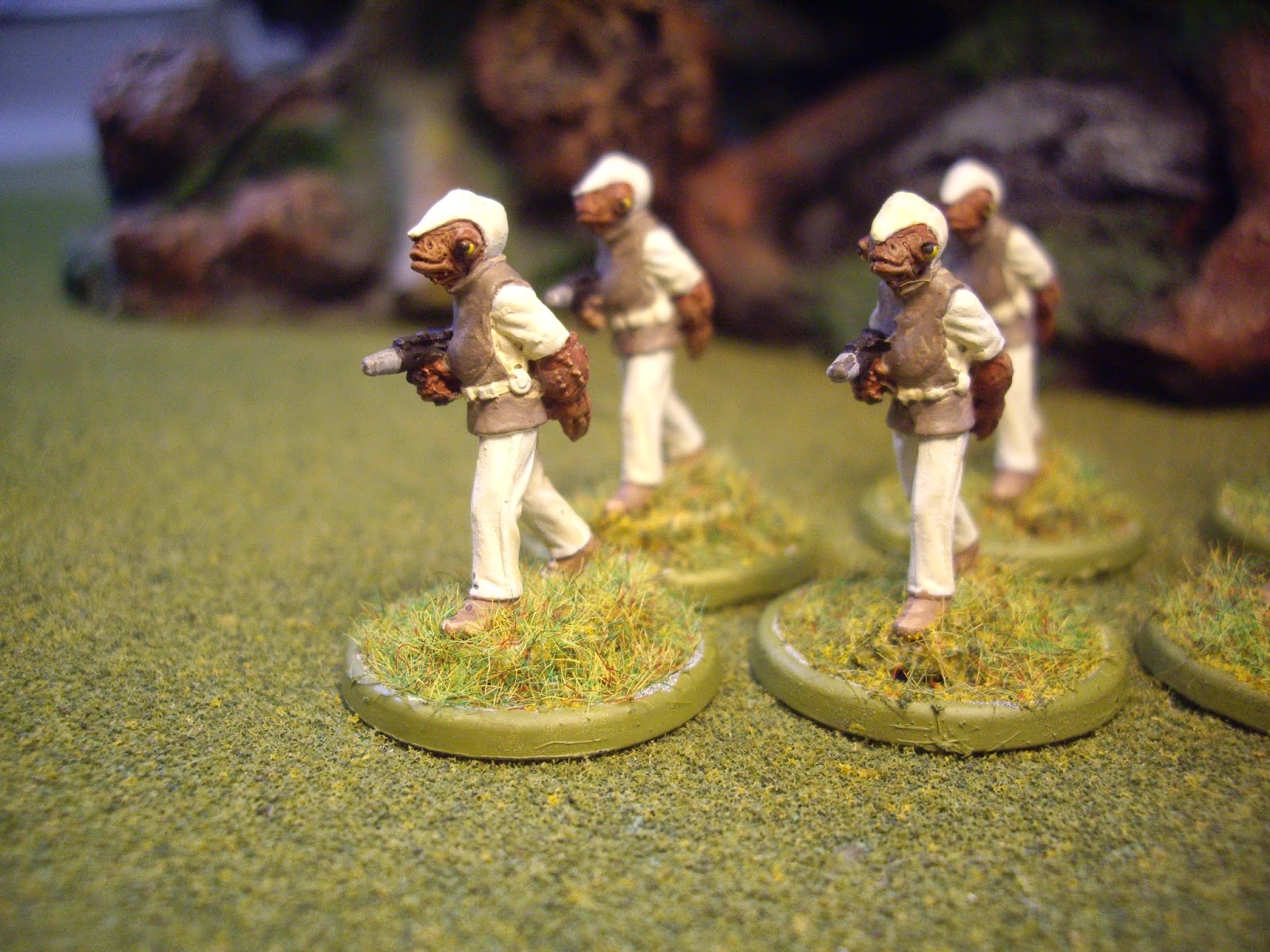 A few months ago, I was bitten by the Star Wars bug again, with the result that I began to make extensive additions to my collection of old Star wars Grenadier Miniatures, to include the rules for West End's Star Wars miniatures game.  I should have bought them a long time ago. 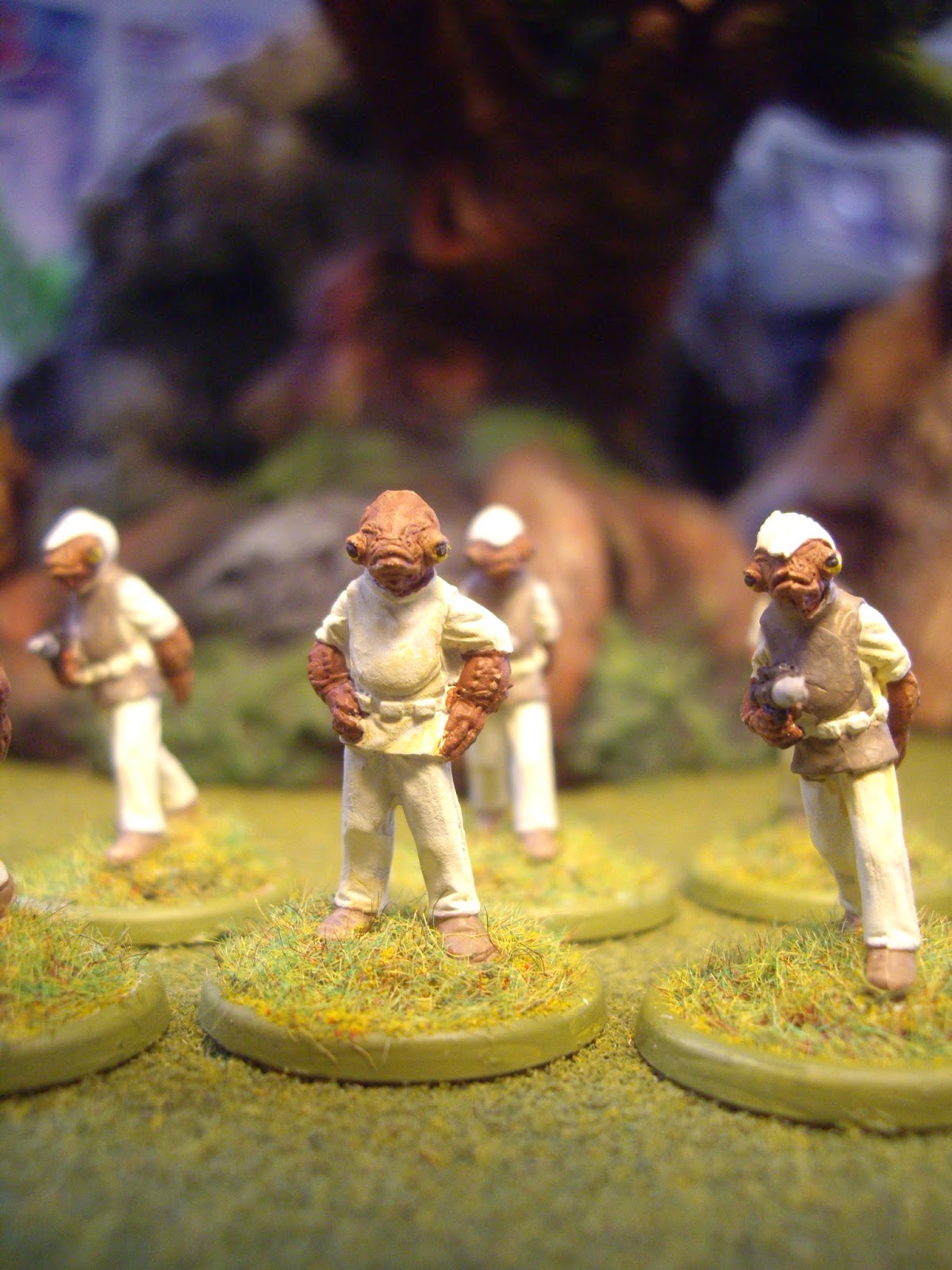 So far, I really like what I'm seeing in the rules: they have a stripped-down, old school, home-brew feel to them that fills me with that same weird, nostalgic sense of contentment I get from reading Keep on the Borderlands, or the old Citadel Journal.

Scale is skirmish, with sixty minis per side being the recommended ceiling, and you build your squads from the ground up, mixing weapons as you please within units, both sides drawing more or less from the same equipment list.  This forces play away from Warhammery "Well my guys have _____, which is exclusive to my army list, and which does this and this and this, and you can't have it unless you have my army and, more to the point,  the new army list just published in hardback for $50" type play, to play more geared toward role playing and story telling, which is much more to my taste.  Seems like the game requires a lot of book-keeping for each of your squads, so huge armies may not be that desirable. 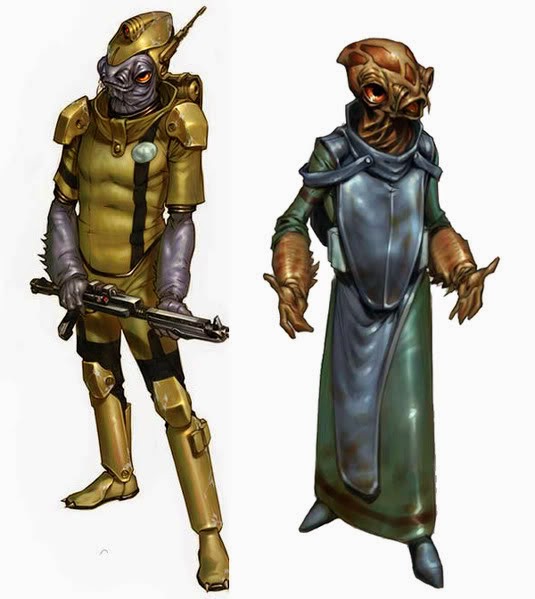 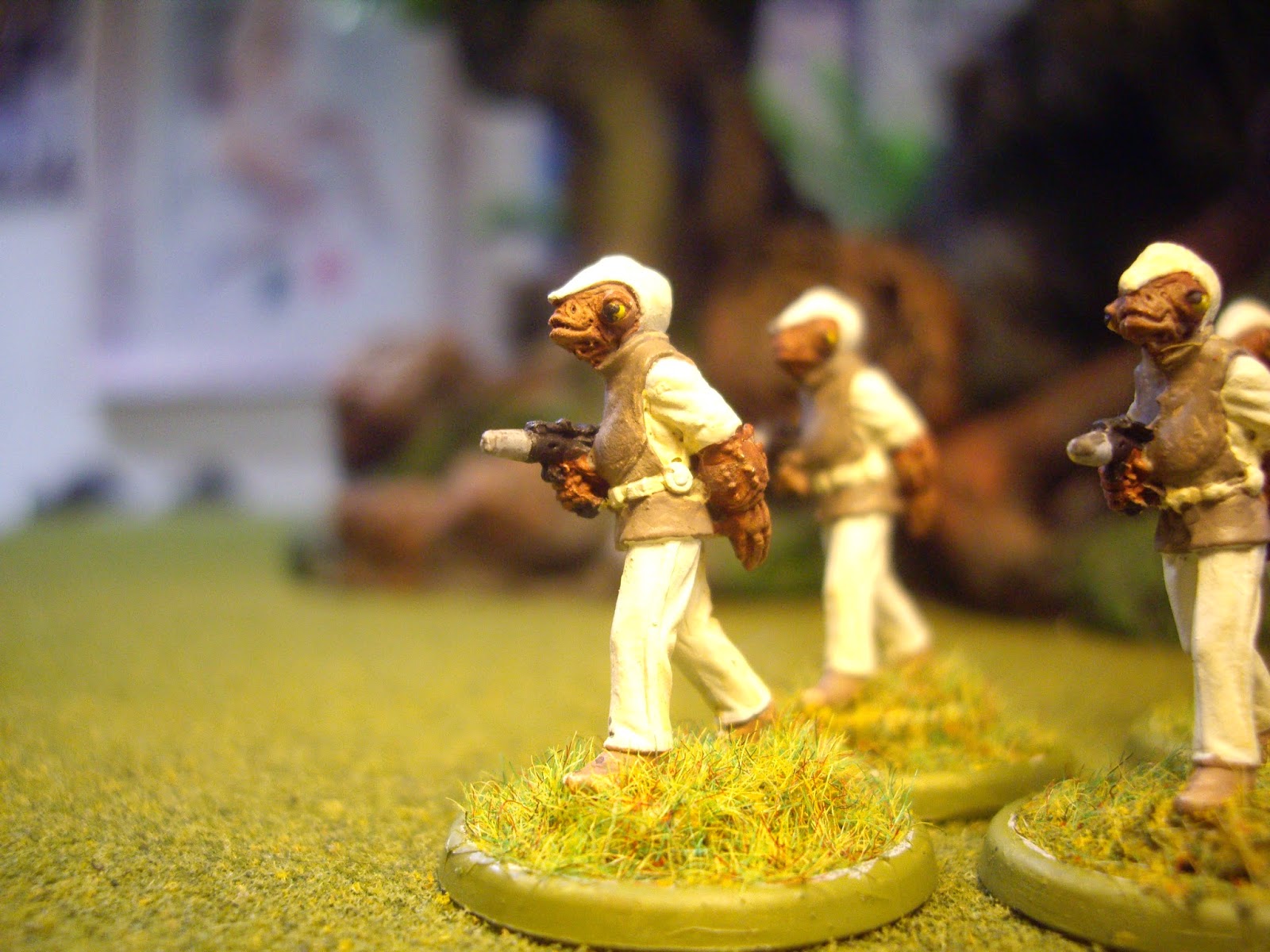 The minis are for the most part lovely, but the line, though extensive enough, suffers from a lack of variant figures amoung the numerous alien races and specialist troops.  You only get one pose each for the Tusken Raider, Jawa, and Snowtrooper, for example, which is really quite lame.  The first runs of models were cast in fairly soft lead, though, which gives me some hope that I will be able to do a little conversion work on some of them, and add some more variety to some of my units.


I plan on taking whole bunches of these to the back of beyond with me.  At some point it occurred to me that painting up a fat collection of Star Wars minis might be a great way to stay sane over there.  I'll just have to come up with a method for keeping the dust out of my fresh paint. Hopefully I'll have time to color up two full battle forces while I'm there, so they can get to blastin' each other as soon as I get back.  I like the Mon Calamari, so I couldn't wait to start on these guys.