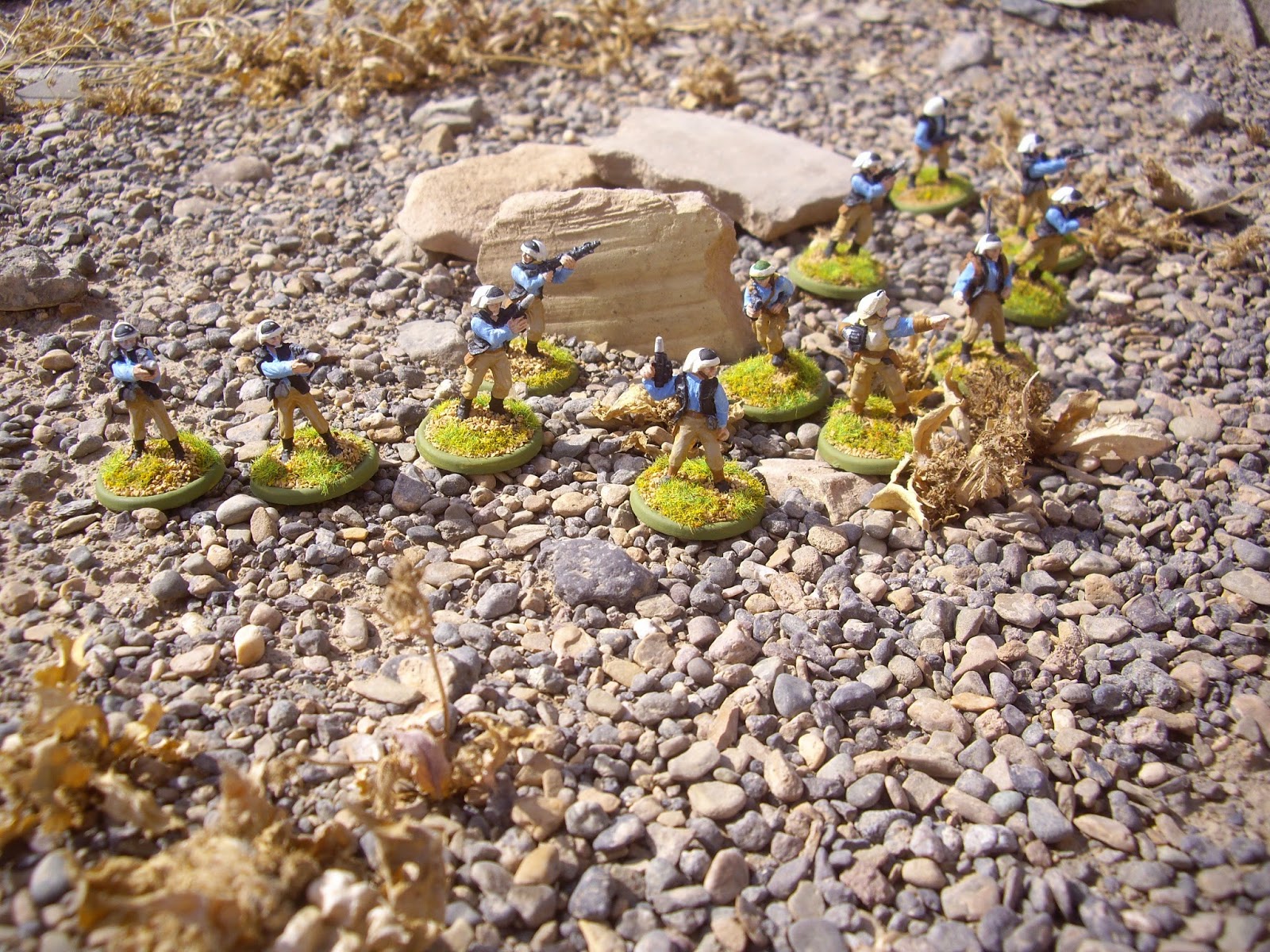 Although the Rebellion has a Special Forces Command which supplies specially trained ground forces for planet-side operations, Fleet itself provided the bulk of the Rebels' infantry right up through the Battle of Endor.  Here we see part of a Rebel Fleet Infantry Platoon as they would be seen soon after disembarking from a troop transport. 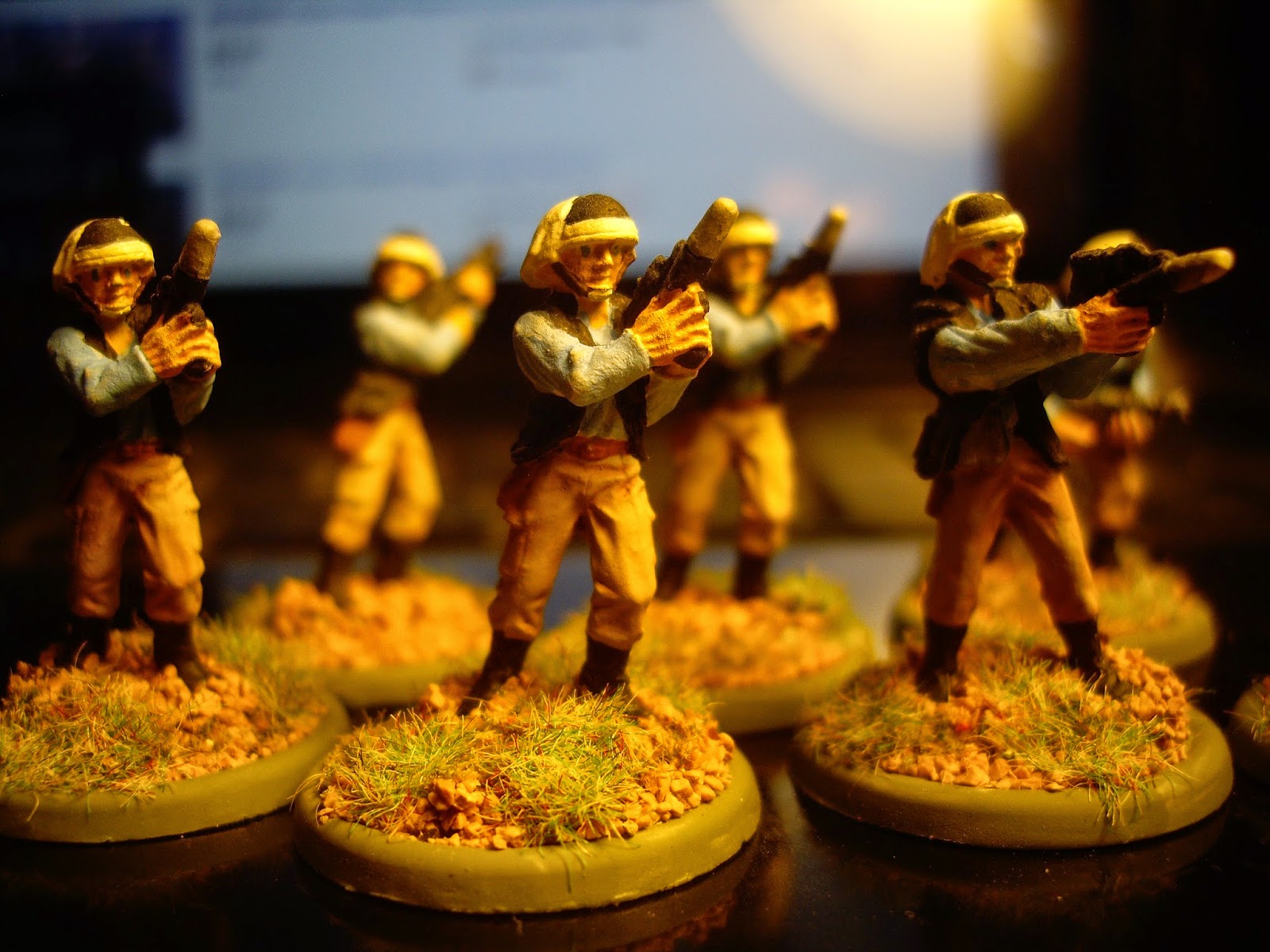 The Rebel infantry platoon I'm building follows the guidelines given for Rebel units in The Star Wars Miniature Battles Companion, though I've tweaked it here and there to suit myself/.  The finished platoon will consist of 4 8-man line squads, a 4-man command team, and a weapon section with two repeating heavy blaster teams, forty men in all. 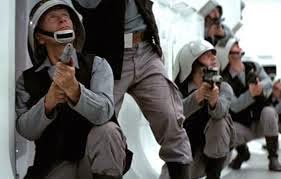 The Companion says that 8-man squads were standard during the War of the Rebellion, though I don't know why 8. Whatever, I decided to go with that squad structure.  The book says a command team should be composed of a Lieutenant and a Sergeant Major.(?!) 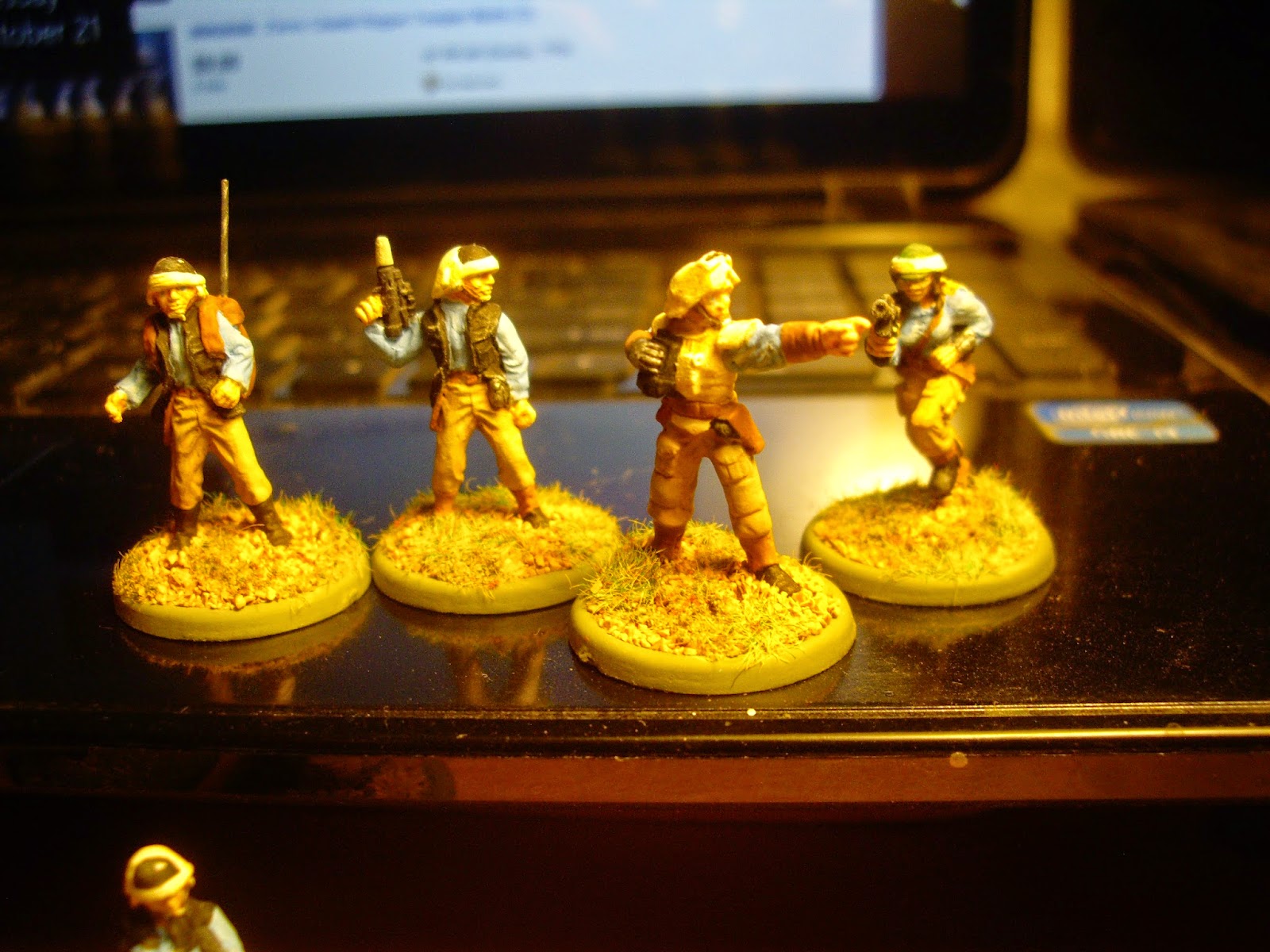 I think they mean Platoon Sergeant. Well, I found suitable figures to represent the officer and platoon Sergeant, then I added a medic and a comm link guy, since an infantry platoon just doesn't look right to me without them.  Don't recall seeing any rules about medics and RTOs in the rulebook...maybe they will just be regular troopers, or perhaps I'll invent some rules for them. 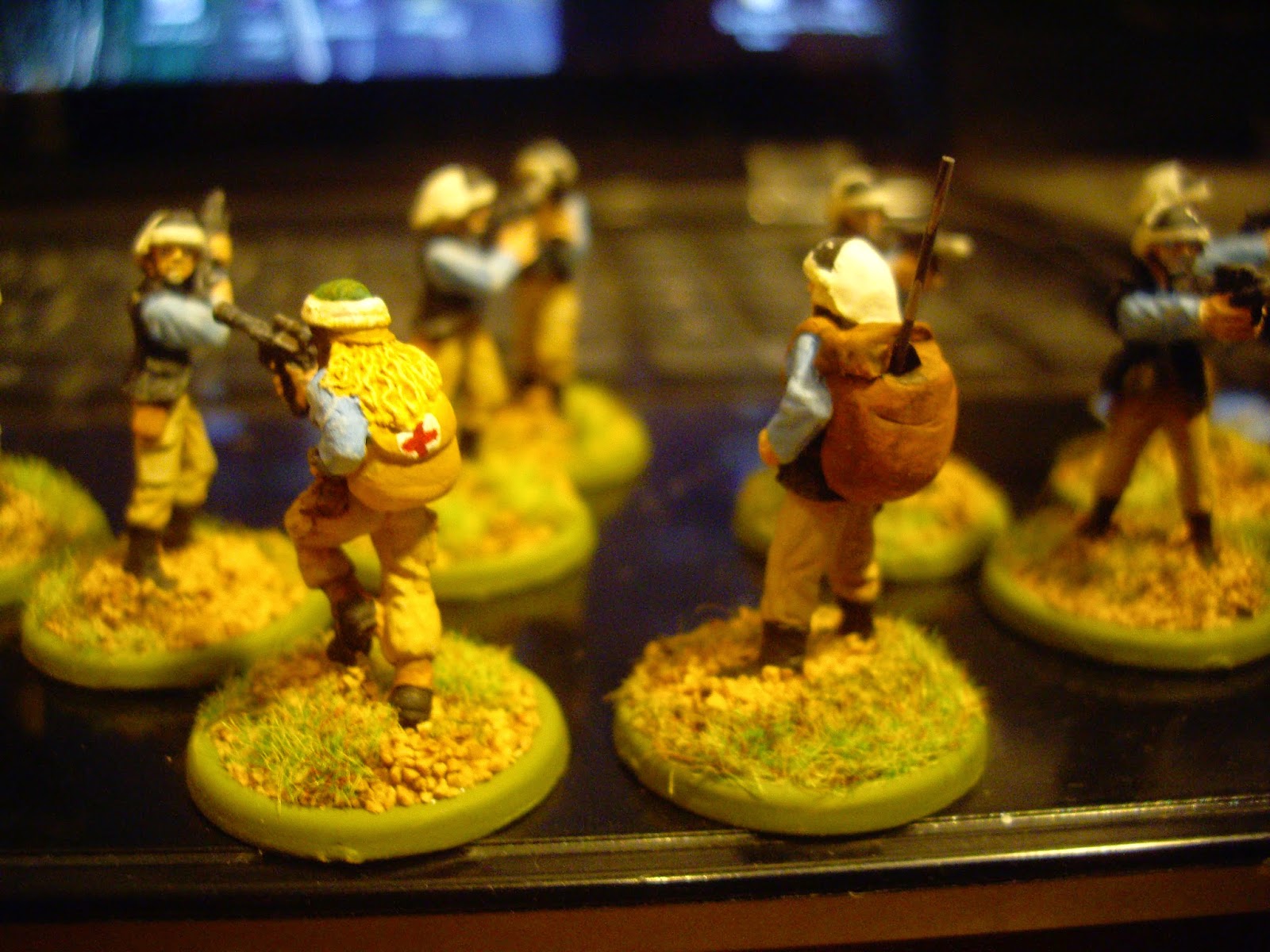 Here they are.  The RTO isthe unarmed Rebel Trooper figure.  I didn't think he was good for much, having no weapon in hand, so I guess it's good that I found him some useful employment.  I wanted him to have a big bulky, annoying comm set, but didn't want to sculpt it, since I have no sculpting skills.  Instead I just made him a backpack out of green stuff and tried to make it look like there's an antenna sticking out of the top flap. 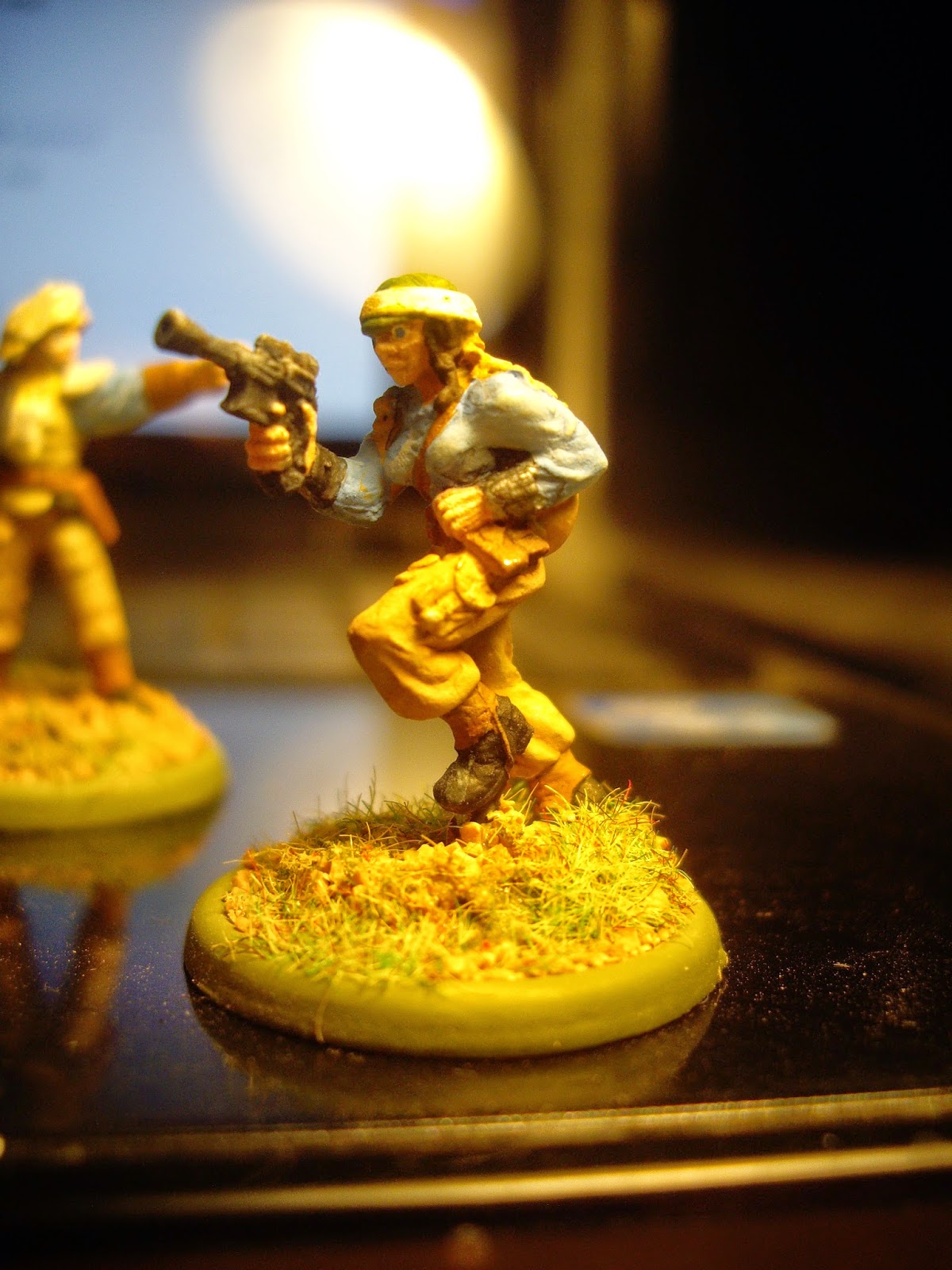 The platoon medic is not officially a member of the platoon.  She would be attached to the platoon for a specific mission, after which she would return to her own unit aboard a medical frigate.  As such she has a lot more latitude when I comes to customizing her uniform and equipment, and can get away with things the Platoon Sergeant would never let any of the others do.  As can be seen here, she has doffed her black vest, and replaced her Fleet Issue heavy blaster pistol for a high quality custom-made side arm, undoubtedly a private purchase weapon.  She has also replaced her Fleet-issue headgear with the army-issue crash-type helmet, which she claims is much less cumbersome when she is trying to work on casualties.  I wanted her to have an aid bag, so I made one out of green stuff, which looked ok, until I painted it.  I'll have to go back and touch it up sometime,  Right now, I just want to be done with the unit. 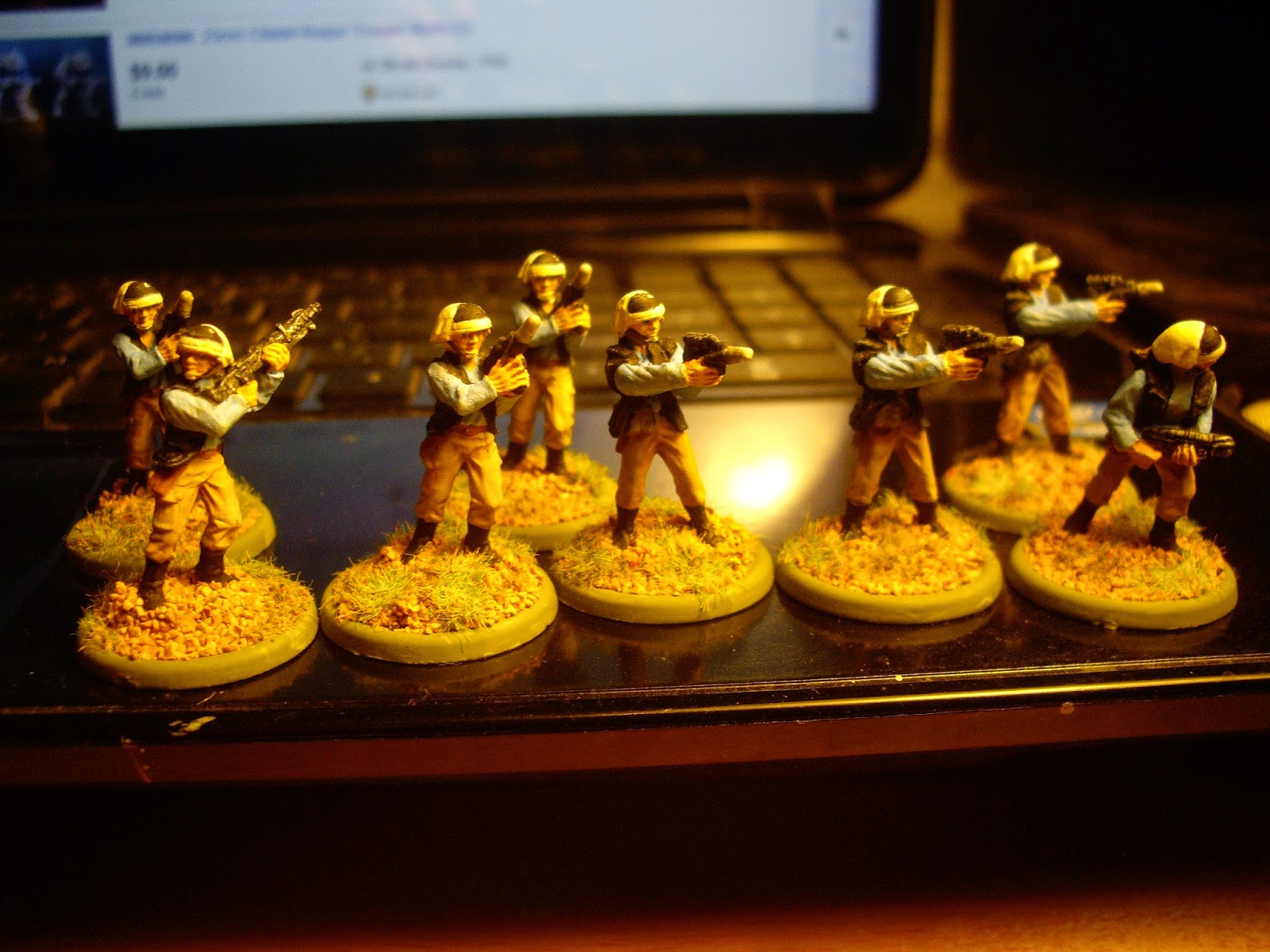 The squad troopers consist of 6 men with heavy blaster pistols and two 'specialists', one with a blaster rifle and one with what I assume is a blaster carbine, 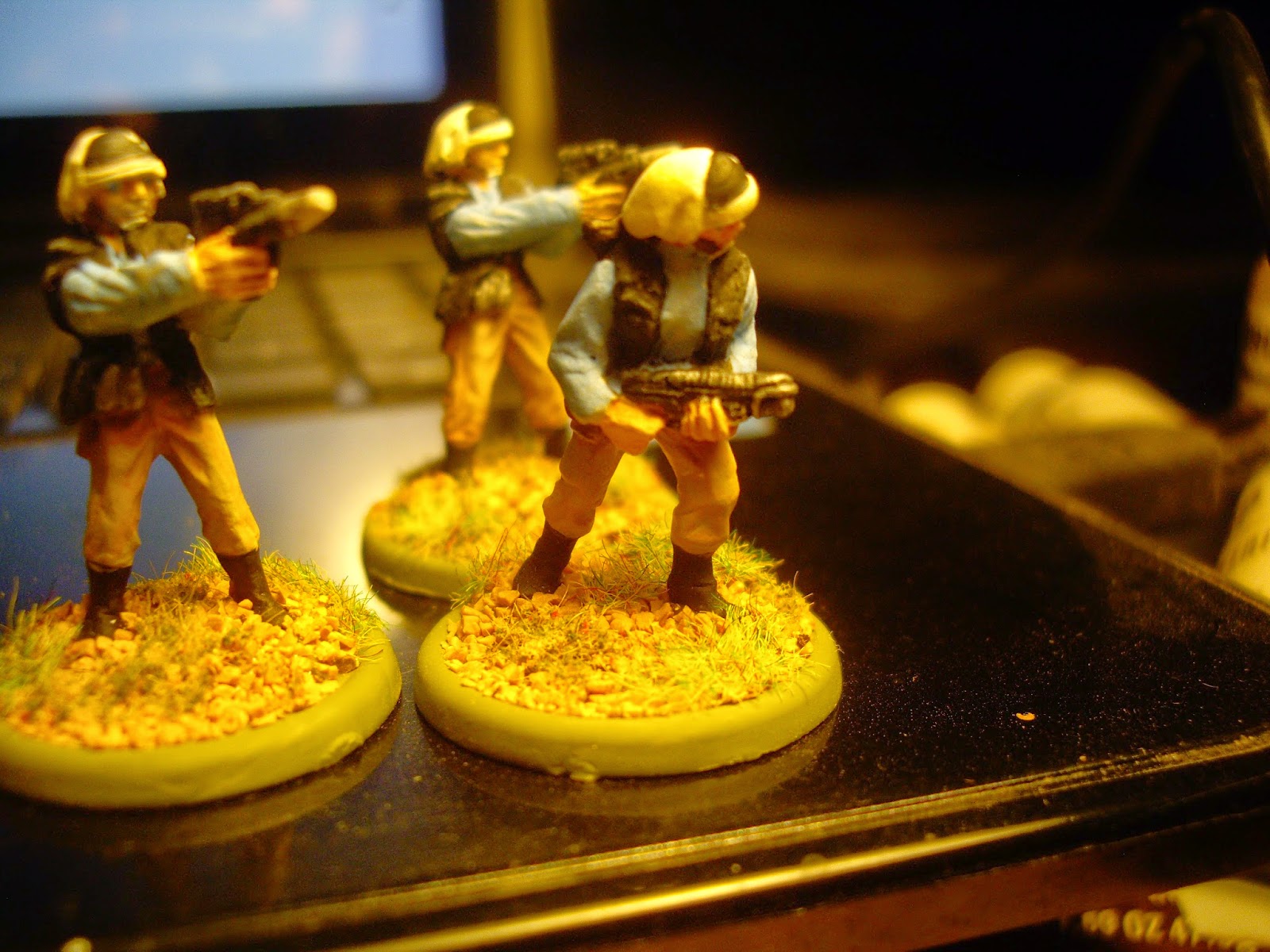 Painting the unit has been frustrating, I'm not too keen on the way it turned out.  Painting 25mm with realistic proportions is tougher than larger, Citadel-type 'heroically proportioned' figures. 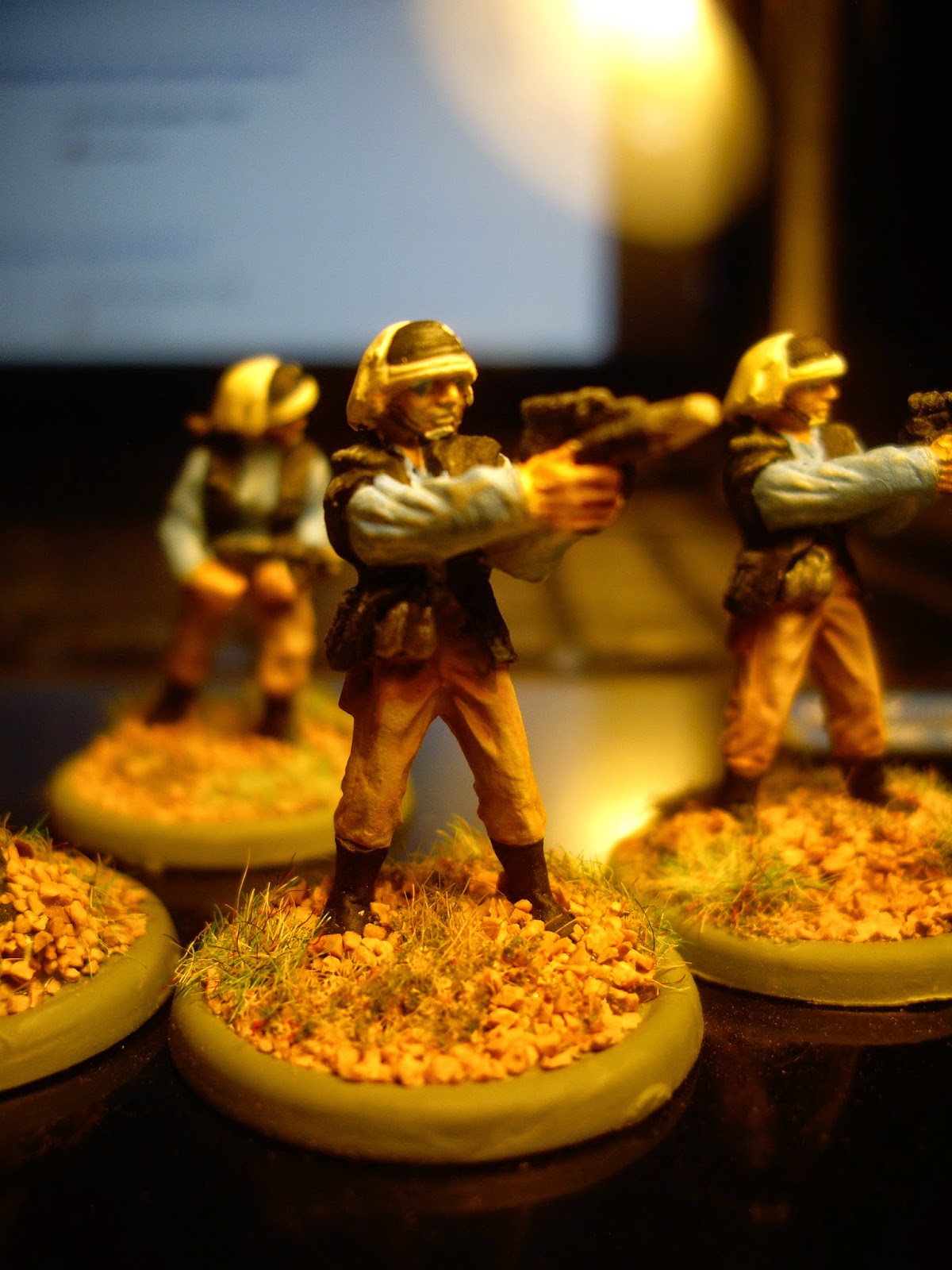 Faces don't show up as well, painting eyes becomes a lot harder, especially when figures are giving the Clint Eastwood squint, as most of these guys seem to be doing. 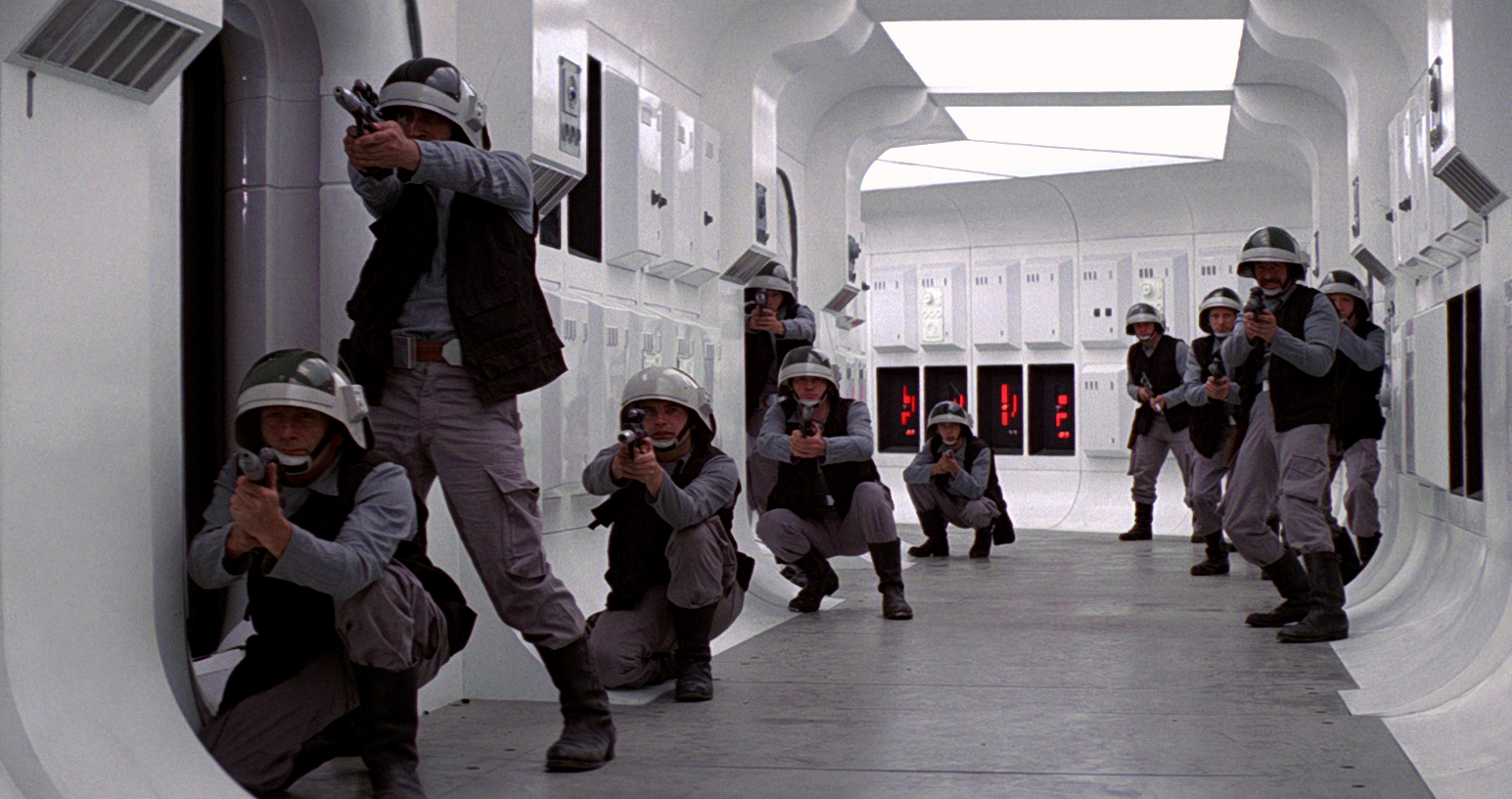 I'd have liked to have glossed the blast shields on their helmets, but didn't have any gloss to hand, so tried to add a highlight by blobbing some white on them.  It doesn't look too good.  Suppose I'll have to revisit them all at some point. 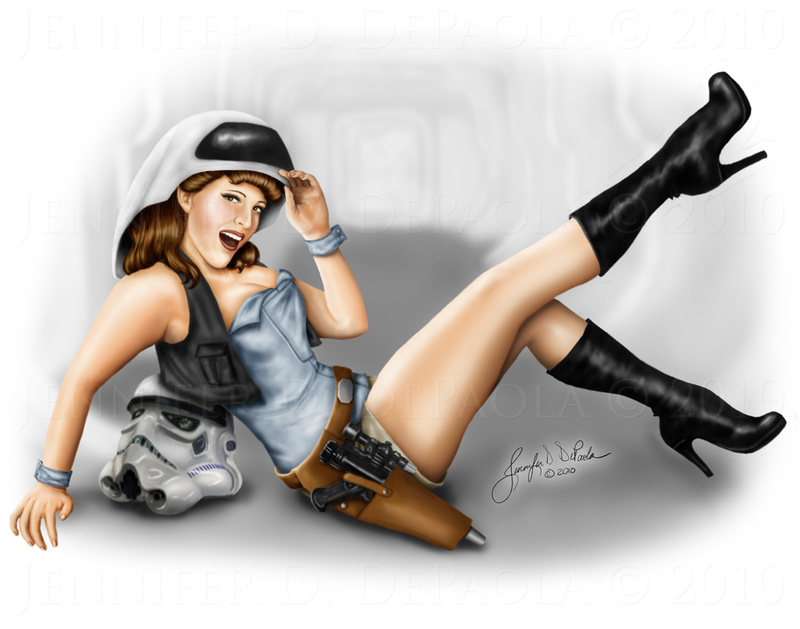