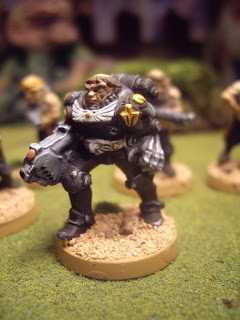 Inquisitor Heng arrives on Geminion Secundus in the opening phases of the Third 'Stealer War.  At the time it was feared that the reappearance of Genestealer cults in the Wailing Reach signaled the approach of another Hive Fleet.  Happily, Inquisitor Heng's investigation revealed that the re emergent Cults were merely survivors of Hive Fleet Terrasque, thought to hive been wiped out in the Second 'Stealer War.  The Third Stealer War was an unpleasant experience for the citizens of The Wailing Reach just the same. 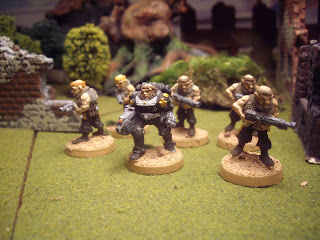 Inquisitor Heng is seen here, as usual, in the company of a detachment of his crack warrior monks. The Inquisitor maintained a small army of about two hundred of these fanatical devotees of the Imperial cult in his Stronghold on Io. 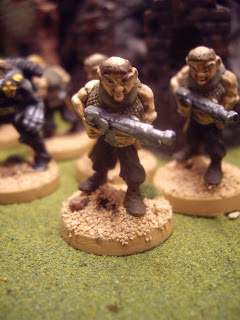 In the ranks of the Heng's Monks were many orphaned children Heng would find on his bloody travels.  Heng would return to Io with these waifs and raise them as disciples in his monastery. 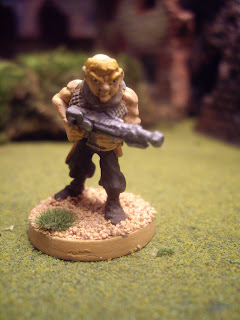 They invariably proved to be most redoubtable warriors. 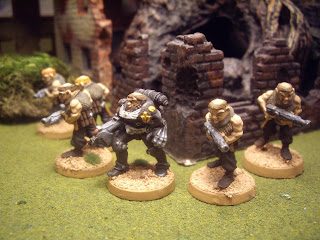 Iquisitor Heng and his monks scour the ruins and forests of Geminion Secundus in search of clues as to the whereabouts of a Genestealer Cult cell... 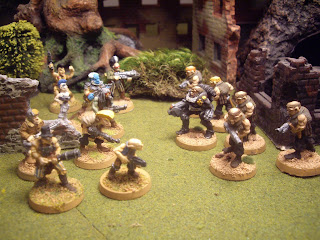 ...and run afoul of a pack of mutants and ganger trash! 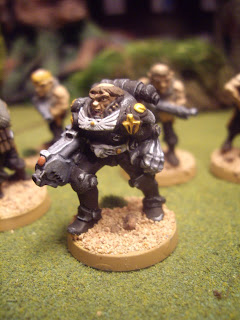