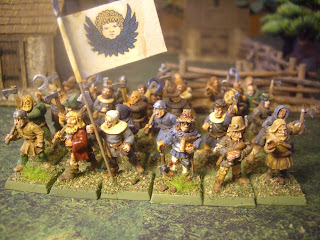 In even the Most sheltered portions of the Baron Refn's realm men must always stand ready to help defend their homes and families against marauding enemies. 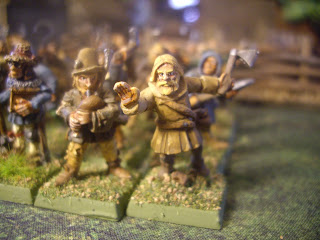 Such auxiliary troops usually have little real combat value, and leave the hard fighting to the professionals, serving in transport and other support roles.  In desperate hours, however, they may be forced to fight to in the line alongside the men-at-arms. 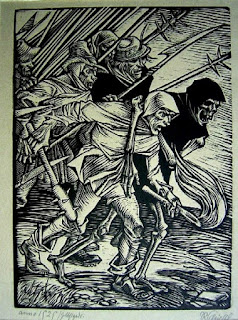 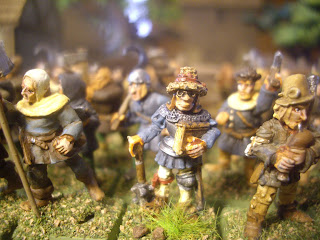 Though generally poorly equipped and largely untrained in battle, such militias can occasionally become formidable if fighting to defend their homes, or inspired by a particularly capable leader.  This impromptu regiment appears to be following some pugnacious spiritual leader of their community. 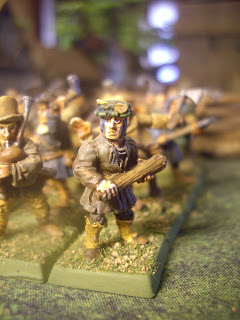 Nonetheless the lack of military expertise amoung such troops is hard to overemphasize.  This individual appears to be trying to use his spoon for a helmet. 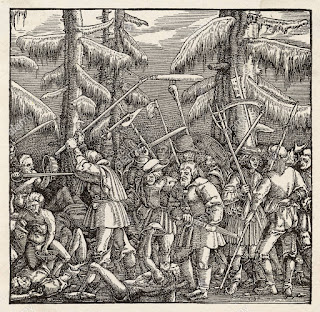 Dealing with the wounded of both sides is an important role for many Landesturm units.  Friendly wounded must be evacuated from the battle and tended to.  Enemy wounded must be located and dispatched, as shown above. 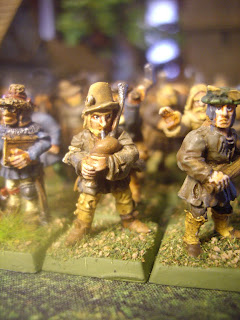 Musicians are important to inspire the troops and help steady their shaky morale. 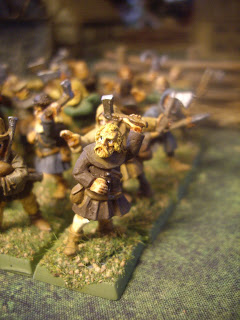 This is one of several projects that came together at around the same time, thanks to some time off that I've had lately.  It was inspired largely by the peasant rebellions in Medieval Germany, which I read a little about this summer. 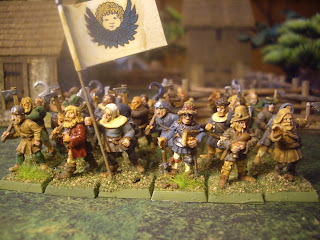 It will serve to bulk out my Warhammer Empire/Bretonnian army a bit, though it may not be much good for fighting anything other than Snotlings and Skavenslaves.  I'd like to 2 more units and some wizards to that army by the end of this year.
Posted by Mouse at 6:12 PM