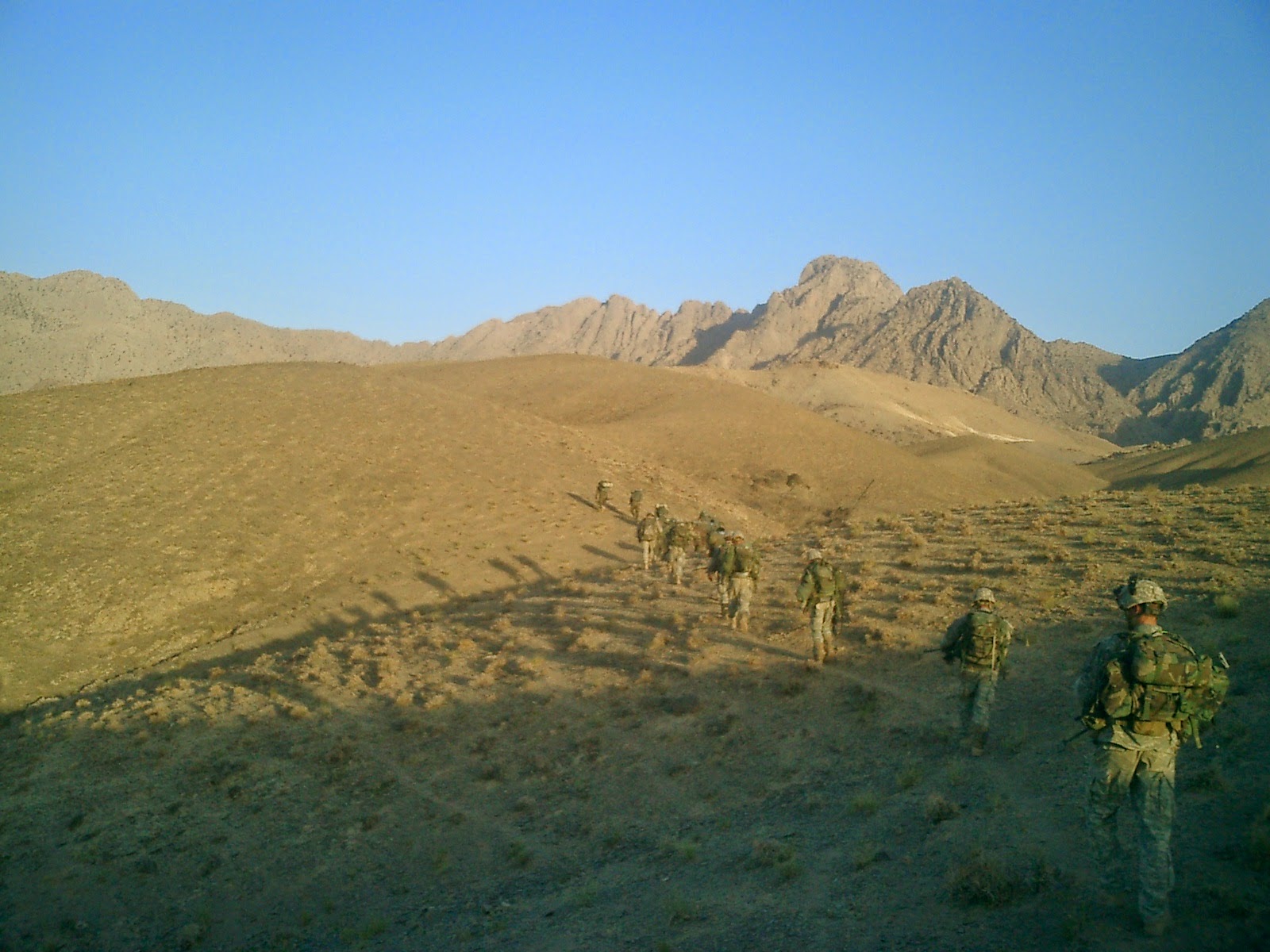 In a couple of weeks the tiny guns will fall silent, the tiny banners will be furled.  The Big Board will be covered by a sheet to keep the dust off through the coming year.   The War Room curtains will be drawn.  Minis, books and paints will be boxed away,  and TFTBB will be going dark for a bit.  Seems my real time regiment has been called up to do some infernal security duty in the darkest depths of Kafiristan.  Blast!!  And I was getting so close to finishing up my Oldhammer armies. Well, it is what it is.

Last time I was Back of Beyond was nearly ten years ago...can it have been so long?  I was just Private First Class Mouse back then, with my Alma Mater, the mighty 82nd.  Looking back on it, it was a good deployment.  Not very long, just the right amount of stupid, joyous, harebrained violence, plenty of exercise in the Mountain air, and none of my friends got shot or blown up, despite the enemy's best efforts. My deployment to Iraq a year later was a tougher gig.


Well, I'm going back with the reserves, and reserves get all the shit jobs, so I'm likely to be static, base-bound, irritated and angry throughout this deployment.  Still, I don't think it should stop me from painting lots of little metal warrior people.  All through Iraq, despite a frantic mission tempo, curtains of dust and very bad things going on on all sides, my buddy Dustin and I spent many, many hours painting up our 40k armies in eager anticipation of getting at each others' throats as soon as we got back to The States.  If I could paint little armies back then, I'm sure I'll be able to do it this time, too.


What I'm not so certain about is whether I'll be able to blog anything I'm painting or modeling, or any stories or anything.  Don't know what my internet access situation will be, exactly.  I'll do my best to stay in touch with all the great friends I've made here, and keep the Oldhammer flag flying from where ever I'm at. 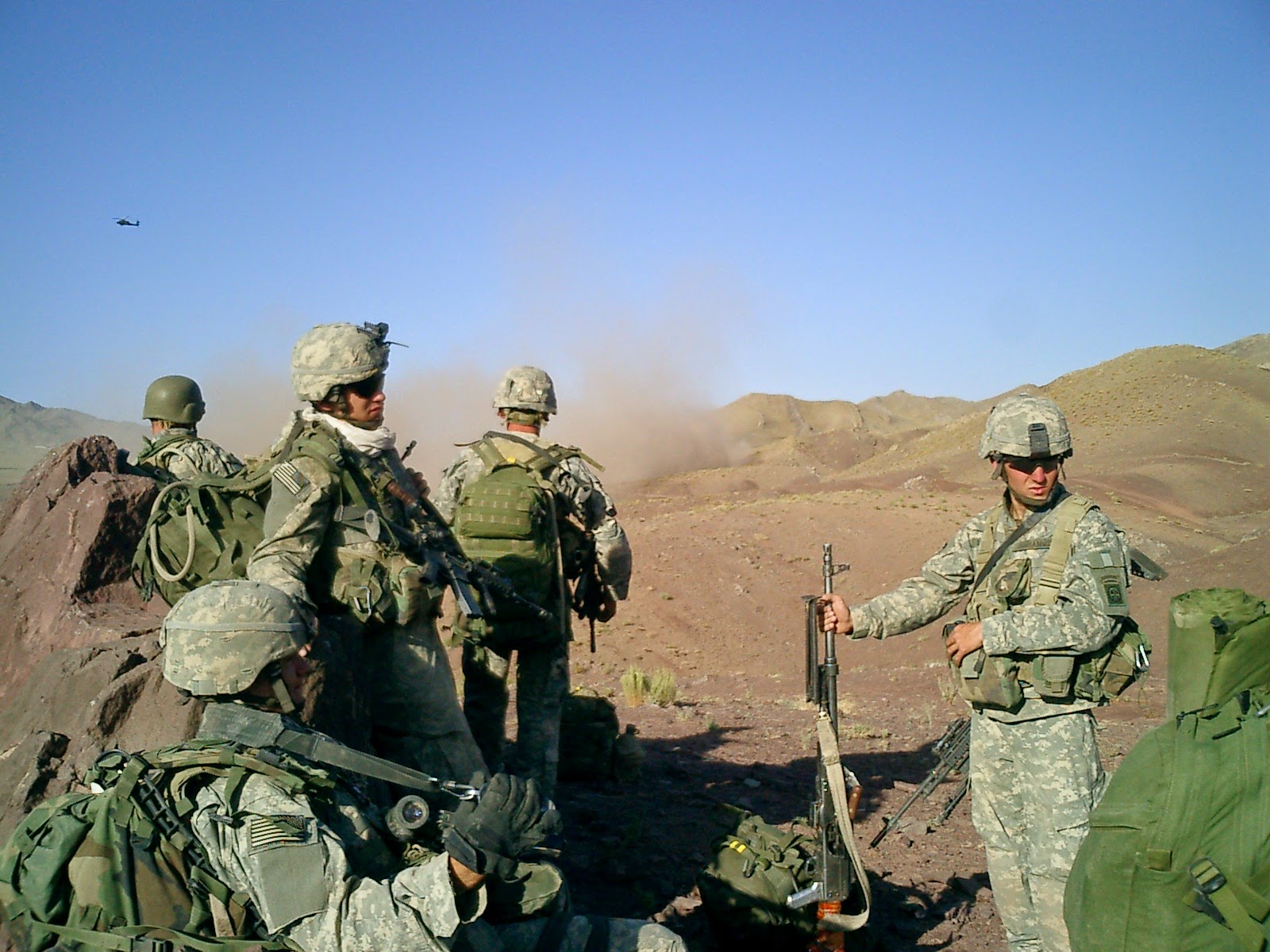 Shot I took of a few of my young comrades near the close of what I'll always remember as "The Fight at the Farm".  It was one of my first real firefights and, as such, seemed like kind of a big deal to me at the time.  Intel had told us that a "Taliban" group had taken control of a farm, splendidly positioned on a hilltop overlooking a large portion of the plains near Kandahar.  We were supposed to land one hilltop over, then assault the farm, (a silly plan, in every way, if you ask me).  Instead, our Chinook pilots became confused and landed us, (rather sensibly, I think) directly on top of our objective.  We leaped out of the birds, Panzergrenadier-style, almost straight into the midst of the startled foe.   I shiver a little bit, sometimes, looking back at that tactical situation, because it seems to me that if the enemy had stood fast and fought, they would surely have killed at least a couple of us before they were overcome.  But fortune favored the bold, as it often does in battle, and the Tali's either tried to blend in amoung the farmers or, after a brief blaze of covering fire, scattered into the ravines that veined the hillsides. The farmers delightedly pointed out the Jihadis who tried to pass themselves off as members of their own families, and we took all these as prisoners.  They probably served 6 or 8 months in prison before being released to fight us again.  The die-hards who fled the scene and refused to give up were hunted to their deaths in the spiderweb of ravines and creek-beds below the ridge.  And good riddance to you, you sons of bitches.


I myself did nothing of importance in this fight, really.  I slew no enemy.  I saved no comrade's life.  I won no awards or commendations.  But I'll always remember spilling out of the ass of that Chinook into the swirling dust and seeing and hearing the enemy's musketry sparkling and crackling at us as they laid down a few hurried bursts to cover their retreat.  I'll remember knocking a hole in the mud-brick 12' high farm wall and being the first poor, dumb bastard to tumble through it, gathering up some of the enemy's abandoned weapons and gear, and racing to the other side of the farm complex, then striding out toward the gunships that circled and dipped like hawks upon the fleeing foe. Moments like that, you feel Mars walking beside you.

And that's kind of crazy.

But...want to know what's really crazy?  In the midst of all this...Men can still find time for Oldhammer! Make sense of that, if you can!