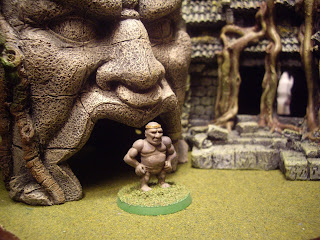 When I felt the priest's withered hands draw me from the clinging earth, I knew that I had flesh.    When I heard his voice singing softly over me, then I knew that I had ears.  I watched the moon pass nine times across the black bed of the sky as he labored over me, and that was when I knew that I had eyes to see.    one day he bade me seize a young tree, and pull it up by the roots and break it in two, and I did, and then I knew I had the might and main to smite and to slay.  He cut a rune upon my brow, and the rune was as a door.  Through the door he blew a breath, and whispered long in a strange tounge, and his speaking drifted and curled like smoke inside the stuff of me, and there it changed to something bright and hard, that burns and is watchful in me still.  He said:  "You will guard the gate." 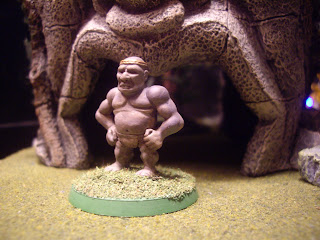 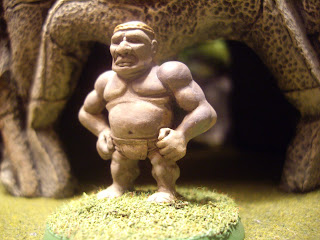 The moon passed many times through the sky.  So many times did she pass, that there came a day when I could no longer count her passings.  The old Priest stopped coming.  I wondered why.  One day I thought of the men I had broken in the doorway, how they stopped walking, talking, being, when I broke them. Men can break.  I cannot.

Still I guarded the gate.  One day an army came.  They smote the walls and gates of the great city with rams and guns, and spilled through the gaping breaches into the streets, women and dogs and dishonored soldiers of the city fleeing in panic before them.  Some came near the temple gate.  These I broke, and let them lie, but I did no more.  It was my task to guard the gate, that task and no other.  After a time, they let me alone.  The city burned, the towers tumbled.  The people were dragged away.  The soldiers left.  Dogs snuffled and wailed amoung the ruins.  In time, even they were gone.  I guarded the gate. 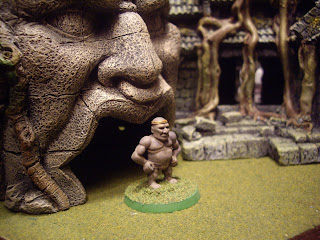 I watch the clouds roll and climb across the sky, and  the tree-roots that creep like searching fingers among the crumbling walls year by year. Where women in bright dresses once laughed among the market stalls, now monkeys swing and scream among emerald branches.  In the halls which once echoed with the footfalls and the chanting of the priests, there is now only the drip of water, and the mumblings of the wind.

I watch the sun and moon climb and descend, climb and descend.  The birds perch upon my head and shoulders and dishonor me with their droppings.  The rain washes me, the sun dries me again... 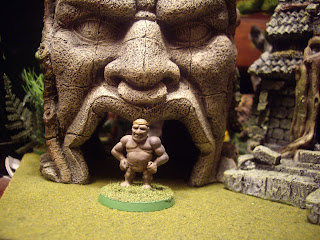