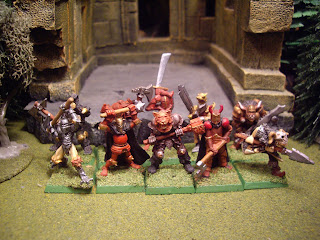 "It is cold, that place where I lived in my youth.  The long black nights that would last for weeks, and winter snows lingered all through the Spring.  But the Golden hall was warm.  In The Hall there was always a red roaring fire, and meat and mead and long-limbed women were never scarce, for I had a good Lord, and generous.  To him I gave oaths, in the heat of my youth, and in battle I was always before him, clearing the enemy from his path, eager to die for him, so great was my love for him.  But I didn't die...more's the pity. 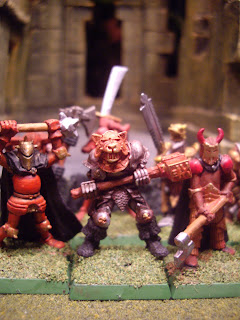 "It happened one winter that my Lord was called to a feast at the house of an old enemy, that their feud, long standing should be forgot and buried in evenings of oath-taking and gift giving, and feasting and drink in the arms of friendly girls.  I and nine others my Lord left behind, the care of all his halls and treasure and folk to us entrusting, and as he departed, we assured him that we would not fail him, and that he had naught to fear, and he smiled, and said he knew it, and rode away under a fast-greying sky, and that was the last time I saw my Lord living. 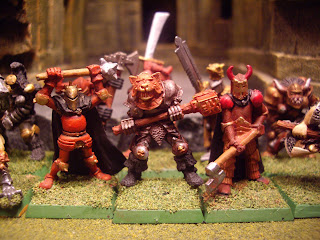 "For ere my Lord reached the home of his enemy, he and his warriors were caught in a great storm, and in the blinding snow that devil-prince who had feigned friendship to us came upon my Lord with all his people, armed to the very knife, and my fair Lord and all his brave fighters, brothers in arms to me, were taken unawares and outnumbered, and all were slain.  That we learned from the boy, my Lord's helmet bearer, who pretended death and lay amoung the freezing, stiffening bodies for a time, ere he slipped away and returned through the rising blizzard to tell to us his dire tale. 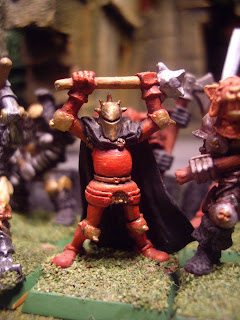 "Oh, great was the grief in my Lord's house, and for the first time I could remember, his halls were dark, and his hearth was cold.  The bondsmen, all faithless and forgetting the many gifts our Lord had given them in his life all fled.  The girls, all once so friendly to us, wailed in dark corners, or looked on us with eyes like the cold ashes, saying we should have gone too, had we been men, and died with our Lord as oath-takers should.  Others wept, saying that soon the betrayer and his men would be upon us...that as soon as the buffeting, shrieking storm should lift, they should come there in great numbers, to rape and slay and despoil the house of our lord, and some opened up their veins, and let out their blood upon the flagstones.

And we ten looked at each other, and we said that it would not stand. 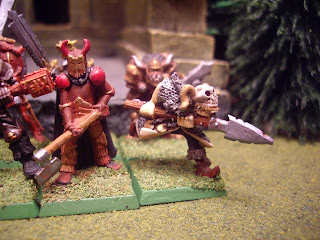 "Hahl was my friend, a great berserker, he.  He knew how to cast the runes that would give us the ear of the God of vengeance and of murder and of blood.  And in the darkness of the cold and empty hall he sent them rattling across the stones, and the sound made me think of the clicking of a dying man's teeth.  We called upon the berserker God, praised him and spoke new oaths to him, and asked that his oath-gift be the strength we would need to carry us through the terrible storm that now held our enemies for a little while at bay.  The rest, we would do.  We would not wait for them to come for us on the storm's heels, but meant to set upon them unexpectedly as they drowsed at their tables.  Of we ten, only Heinrich balked, and we gave his blood to the blood God, and our souls with it, that our Lord and our honor, too, should be avenged. 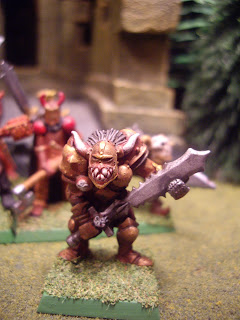 "Ten we were still, when we set out, for though Heinrich was dead, the boy came with us, for he would fain pledge himself to Khorne as well.  Through the howling gale we rode, and soon we walked, for ere long all our horses died under us.  But The Blood God's strength ran like fire and metal and mercury in our veins, Ai, Khorne!  Ay-Ai Khorne!!  We waded through the great drifts and through rivers filled with mighty spinning isles of ice, and in the white darkness, with the great wind wailing at our backs we came at last upon the house of that dog who'd slain our beloved Lord. 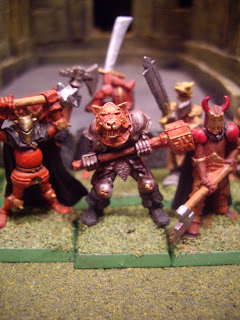 "All was still within.  Bloated on wine and wassail, happy in the dreams of the rape and plunder they'd have in my Lord's house after the storm, the warriors snored under their benches.  The sentries drowsed at their posts.  All about the house and under the eaves we ten stacked what wood and brush we could find.  It was all damp from snow and our fires guttered and struggled in the wind, but we called upon Khorne and with his power he gave  a devil-life to our little sparks and sent the red fire racing all up the posts and along the eaves and soon we were basking in the heat of it.  And we stood hard by the doors and waited for them to feel the heat of it, too.  Soon, out they came, shrieking in their terror, all naked, some wounded from the battle with our comrades.  Some came with sword in hand, but they were too few.  With axe and hammer we knocked them into the snow and let out their blood and brains.  Ay, Khorne!!  Ay-Ai Khorne!!!  Man and woman, brat and dog, we spared not one.  That night we wrought the wreck and ruin of my Lord's betrayer, of all he owned, and of all his folk.  Long, let them in the north sing of it! 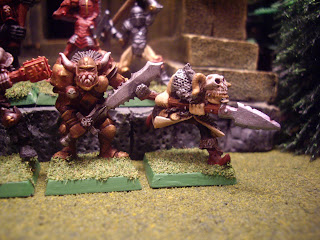 "For a long time my comrades and I wandered in the North after the taking of our vengeance.  We strayed far into the places where the land twists and moans to itself, and where the sky throbs with broken light.  Many battles we fought against the war-bands of the other Gods.  And always I was victorious.  Khorne gave to me a wolf-head helmet, a ward against the magic of the servants of the weakling Gods.  Khorne gave to me a hammer with which to slay in his name.  In the hammer, there is a devil.  It tries to talk to me sometimes.  I don't listen.

"At whiles, a comrade would fall in battle.  Khorne would guide another to me to take his place.  With me I will keep only nine fighters.  For it must be as it was in the beginning.  We ten who rode out in the service of Khorne, we will always ride out, again and again.  I cannot now recall who amoung my band was with me in the beginning, and who came after.  All the helmets begin to look the same to me.  Maybe all my old comrades are gone now.  It makes no difference.  There will always be ten.

"I don't know what became of my Lord's lands, his women, or the great hall.  It's still there, I imagine.  Perhaps some other man calls it home now.  To me it means nothing.  I paid my debt to my old Lord, and I have pledged my oath to a new one now, mighty Khorne, God of Battles.  It is he I serve, and I go where he bids.  He has guided my steps to the warm lands of the south, there to seek out the horde of the Chaos Lord Buzzgobb Phesterlick, follower of weakling God Slaanesh, in the city of Lost Veghuz, which rots between the Smoking Mountain and the Black River.  He has work for me here.  And I shall accomplish that work."

The experience of painting this wretched unit was so frustrating that before I'd  finished with it I was nearly ready to turn to chaos myself.  Painting colored armor is not something that came easily to me, and I gave up on the unit more than once.  I also made poor choices on choosing colors for individual warriors.  For instance, I think Ulfgrimm's red helmet makes a nice enough contrast with his steel-colored armor, and on his own, he looks reasonably acceptable, but when I put him in with his buddies, he fades into the unit.  I should have colored him all red instead, as a leader model should 'pop' out from the others, but by the time I'd finished him, I'd laid down so many washes and highlights on him, and put so much work into him, that I just wasn't prepared to consign him to the strip jar.  I had some other problem figures that I just couldn't get to look right, but eventually I had to tell myself that these guys just weren't going to come out as well as I'd wanted, and I pushed on and finished the unit, just for the sake of getting it done. 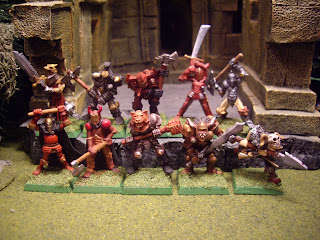 There are some things that I think came out ok...I tried to make the brass-armored fellow look as if his helmet is actually a part of his face, so that the helmet has gums and teeth, and I think that came out alright, but on the whole, I was hoping for more.  Hopefully I've learned something here that will be of help when I start on my Tzeentchi marauder unit, which I should be getting around to in the next couple of months....

Anyway, Blood for the Blood God and all that.  These fellows should be a potent addition to Buzzgob's chaos horde...
Posted by Mouse at 9:56 PM