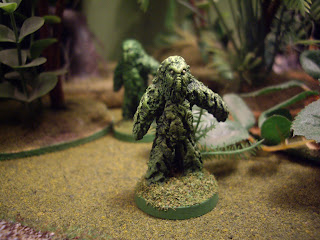 Shambling Mounds!  Muck encrusted monsters from the Fens of...um...The Fens of...The ...The Black Fens of Ultimate Blackness!  Actually I don't know where these fellows live yet, as most of my meager brain power has been expended in developing my Rogue Trader Campaign setting over the last few months.  I do, however, plan to start a tabletop D&D campaign someday, perhaps using the Battlesystem Skirmish rules, or, if that fails, maybe converting the old Warhammer 2nd edition rules to my needs. 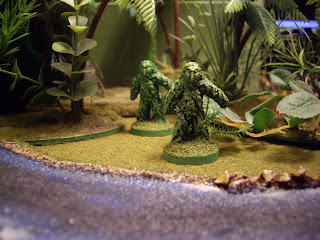 I've had my old, crumbling copy of The Keep on the Borderlands lying in the bedside book pile for some time. I find myself savoring the simplicity and improvisational character of the Ultra-Old School.  When I eventually put together my little Campaign setting, It will likely be heavily influenced by Keep, but all of that's in the far future. 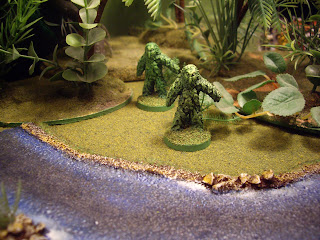 And let's face it, the Campaign is mostly just an excuse to do what I really want to do, which is to re-collect and paint all the funky old Grenadier and Ral Partha D&D minis I had when I was a kid.  The old Shamblers are simple creatures, being just great, semi-sentient heaps of  swamp juice and leaf-mould, and easy to paint, so I'm starting with them. 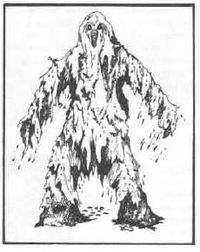 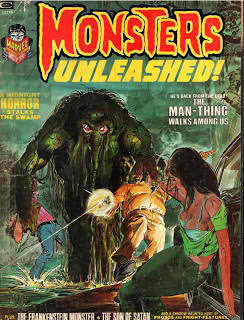 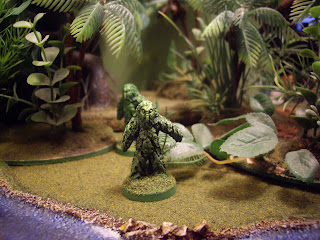