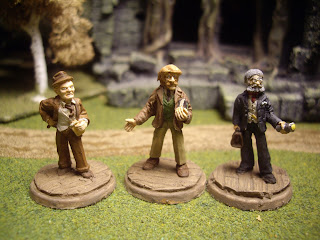 Three intrepid investigators prepare to set off to explore some mysterious ruins somewhere near the edge of the world...who knows what they'll find? 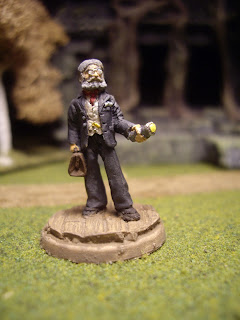 Meet Dr. Karl Gruber.  Dr. Gruber has earned something of a reputation as a paranormal investigator and Skullduggerer.  He is also shrewdly calculating and has survived for an impressively long time, given all the dangers he has faced. 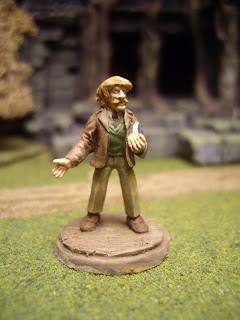 Professor Trimble of the local University has agreed to accompany the good Dr. Gruber on this little expedition, (his first), but wants you to know that he doesn't believe one wit in any of this supernaturalist nonsense.  Every single one of the many strange events Dr. Gruber has witnessed, or claims to have witnessed, can be explained as perfectly ordinary phenomena.  The problem is Dr. Gruber's overactive imagination, and lack of faith in the powers of science and reason.  You'll see.  By the end of this little trip, the Doctor will come around. 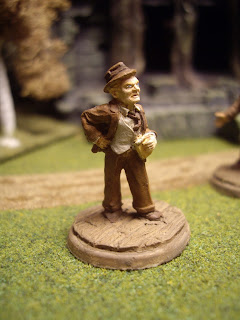 Here is one Henry Hack, writer for the Times.  The Times is a popular publication with the upper crust, though the working man on the street refers to it contemptuously as the Slimes.  Henry has managed to work his way into the confidences of our investigators by feigning genuine interest in their work, but he's well known for writing vicious lampoons and biting satirical articles on the 'local color."  Who knows what his real intentions are? 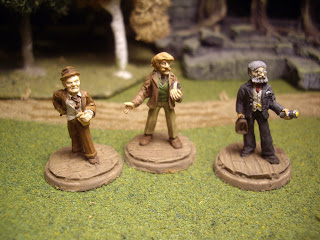 Dr. Gruber is more than willing to endure the company of these two for a simple reason...He has found that his chances of not being eaten by monsters increases considerably when he surrounds himself with unsuspecting human shields!  Now...forward and fear no darkness!