The Plain of Crows Part 5 - After Action Review 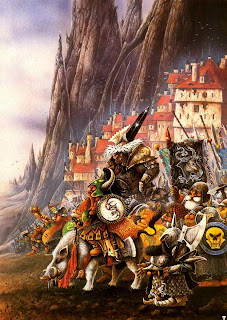 Lord Thorrir leant upon his Thunder Hammer and gazed about the field.  There were wounds to bind, he thought, and dead to be wrapped up and carried home.  But the madmen had been driven off, and they could return now, those of who his warriors who had lived, to the Thunder Mount in triumph.  A little lightning flickered and thunder muttered far off on the horizon and a drizzling rain began to darken the dust.

Soon they would be marching home...

...Already some were beginning to sing the old chant of victory, a song in honour of the Ravens and Crows who were already skipping amoung the bodies of the Imperialist dead and dying...It was an old song, and the Dwarves of Thunder Mount sang it well.

1.  Private Weird's idea to try an online Warhammer game was great, and worked out way better than I'd imagined.  I'd love to do it again.

2.  My War Room wasn't really set up well for this kind of thing - photographing my table at night meant schlepping lights and gear up and down stairs which inevitably caused delays and made for a much SLOWER game than I'd have liked-I'm sure it must have gotten on P.W.'s nerves that he had to wait so long between turns...I plan on redoing the war room completely soon, with a few nice lamps with bendy necks for photographing battles in progress in the near future, and that should really clear the road for a lot of fun new on line games, so there's that.

3.  I think this sort of online play is best suited to smaller games because of the big fog-of-war factor.  P.W. and I were playing with 1400 point armies, which actually seemed pretty big once we started playing, just because there's so much stuff to manage.  You can't say "Hey, can you hand me that thing" when the other guy is a thousand miles away, and it's hard to see what he's doing with his guys by squinting at photos on the computer monitor, even when he's done a great job of setting up his table and taking the pictures, as Private Weird did.   Even when you work hard to mirror the other guy's set-up, there are inevitable distortions of distance in the photographs, so it can be hard to accurately gauge the positions of the opposing regiments.  I really think this can be overcome, if you have the patience, by measuring the distance of one or two corners of each unit from your own table edge and one other table edge at the end of each turn, but it is a lot of work.
As well as using smaller armies, I'd also suggest simple terrain.  The terrain we laid out for our battlefield was about as simple as it could possibly be, and there were still discrepancies between our boards.  Sometimes the other guy can get line of site on you on HIS board, but not on YOUR board.  Not much you can do but just embrace the honor system and give him the shot, which is just fine really.  It's just something to keep in mind when you play. 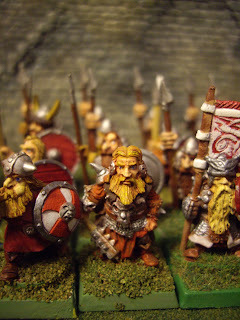 
3.  Make sure that yourself and the other guy take the time to get on the same page about key things like deployment limits and game length.  This kind of stuff is pretty obvious when you're playing a game face-to -face but with our game a lot of things somehow slipped through the cracks.  For example - P.W. started with his troops deployed 12" from his table edge, while I deployed 6" forward of my own.  If I had also deployed a full foot into the table, the armies would have come to grips much sooner, and the battle might have looked very different.  Similarly, we jumped eagerly into the game without agreeing as to how long the dang thing would last.  Usually when I play a straight-up fight scenario like Plain of Crows, the 2 sides grapple until one army is wiped out or until one player has had too much beer and whiskey to be able to continue without damaging himself, his models, and the room and house in general. P.W. seems to like to play a game that ends within a pre-designated time limit, which can greatly effect playing style. 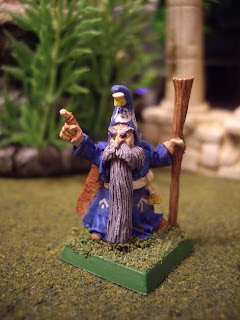 4.  For Chrissakes, know the rules of the game you're playing.  It's actually been a while since I'd played Warhammer 3rd edition (Nobody ever wants to actually play it with me), so there were some things I'd forgotten about which surprised me, like how hard it is to hit WS 4, even when you are also WS 4!  I was also entitled to some bonuses to hit for having followed up a push back, and was not aware of them.  If I had actually bothered to research them, Lord Thorrir might have dropped Lord Asgard before the end of the game. 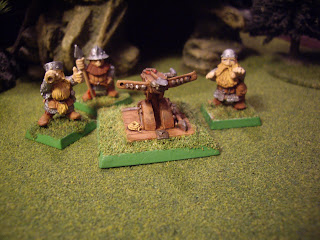 Jenni Troll Spitter did Yeoman work in the Battle, skewering 5 Dwarf Warriors and trimming a wound off Grendir Bagotrix, allowing Ol' Hamm to step up and finish off the Imperialist Wizard.  Hat's off to Jenni and her brave crew!

Anyway, a fun game, well played by P.W. and a great time had by all.  Lookin' forward to the next one!