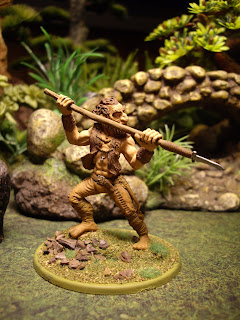 Well, that was a helluva posting gap!  So much going on the last few months that hobby time sort of flew out the window for most of it.  Lots of changes going on in Mouse's life.  Fortunately they are mostly changes for the better and I should have plenty of time coming up for painting and posting.  Meanwhile, meet Mr. Forest giant. 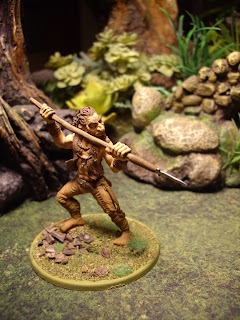 Mr. Forest Giant is an alumni of Grenadier's marvelous Giant's Club line and was a product of the rich imagination of the great Andrew Chernak, one of my favorite-est fantasy sculptors. 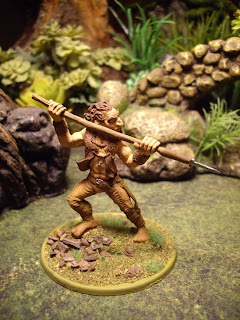 This figure came loose in a big lot of stuff I bought a few years back.  He is supposed to be out hunting a nice lunch of wild boars, but I never had his box or the boars he originally came with.  Those would have been nice to have but no matter, really.  He's a great burly fellow and I like him. 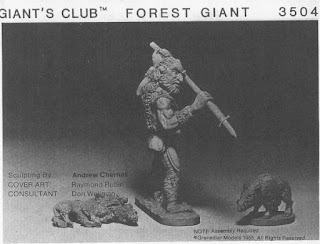 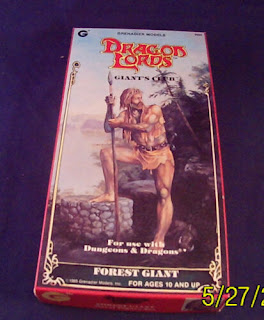 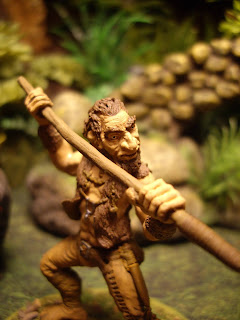 Painting him was something of a joy after spending so much time squinting desperately at the tiny 'true 25mm' D&D stuff I've been working on lately.  It was so easy to see everything!  I can see myself working on a lot more larger monster figures in the near future. 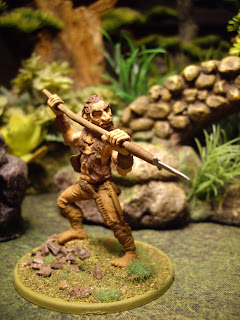 I have a number of the other giants in the series.  I intended to use the Dwarven Giant and the Chaos giant as heavy hitters in my Warhammer Dwarf and Orc armies respectively, but they haven't yet made it onto the painting table.  I also have the Hill giants and the Fire Giant, who I'd like to get painted soon.  And there is also the splendid Frost Giant set which is so beautiful I don't dare to try and paint it for fear of screwing it up.   It's still sitting almost untouched in it's box. 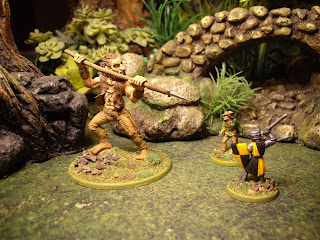 Email ThisBlogThis!Share to TwitterShare to FacebookShare to Pinterest
Labels: Dungeons and Dragons