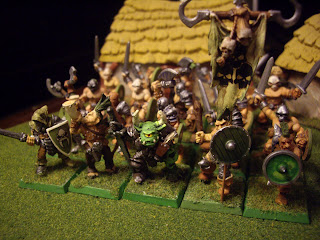 There was no better man than Igor Prolekevitch.  Anyway, that's what folk said.  And from his youth, Igor always strove to prove them all right.  There was no man who labored harder, no man more honest.  No man more loyal.   A fierce and formidable champion of his liege lord.  A caring father.  A devoted son.  A faithful husband.  A stern but sensitive master.  All these things was Igor Prolekevitch,  Knight of Kislev.  Igor had faith in the rules of his world.  And for as long as that world lasted, his faith was repaid in love and in admiration, and in gold. 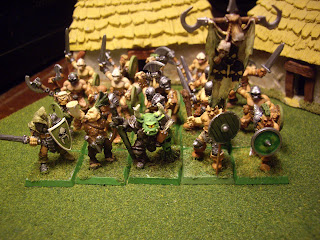 And then the plague came.  And there was no understanding it.  No way to find rhyme or reason in it.  It first took Igor's Lord, the man Igor had labored for and supported from the time of his youth.  And then it took his aged mother and father.  And then his wife, and at last his children.  Men counseled Igor to flee before they, themselves, departed for the remotest regions they could find, but Igor would not leave.  He had been loyal to his loved ones in life.  He would not leave them alone now.  He would be no less loyal to them in death.

And so it was that when the horned, fly-blown thing found him sitting there beside the withered remnants of his loved ones, he did not resist, but went willingly alongside the one eyed, whispering thing down strange paths and in and out of nights and days where no star shone and no breeze blew.  Into the arms of Father Nurgle.  Father Nurgle took away his old face, gave him a new face, with a single burning eye.  Father Nurgle took away his old name, gave him a new name drenched in filthy glory...Igor Pusdribble!


Though most of his former identity has long since fallen away from him, Igor's loyalty to his long departed family remains a fixture of his being.  It is Igor's intent to send as many souls to them as possible, to keep them company while they wait for him in the shadow of Father Nurgle.  In the service of the dread Chaos Lord BUZZGOB PHESTERLICK, Igor has risen to become a valued and trusted lieutenant, and now commands a band of Buzzgob's feared and loathed raiders... 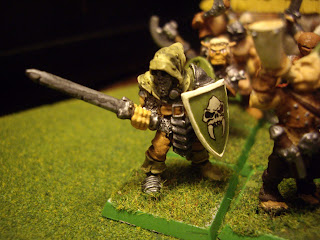 It's funny, but I was really frustrated with the way this unit turned out, and was not happy with them at all, but in these photos they don't look altogether terrible.  Still, I've got a hell of a lot of room for improvement when it comes to painting.  Just have to keep at it. 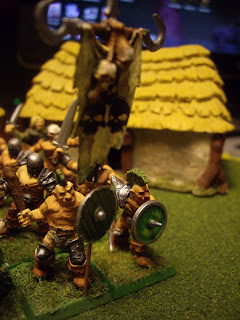 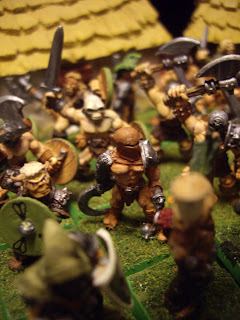 One chaos regiment down, about twenty to go! 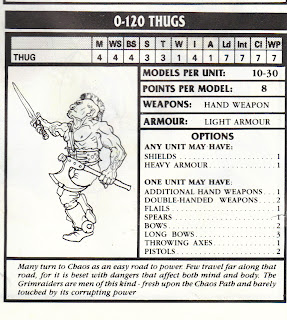